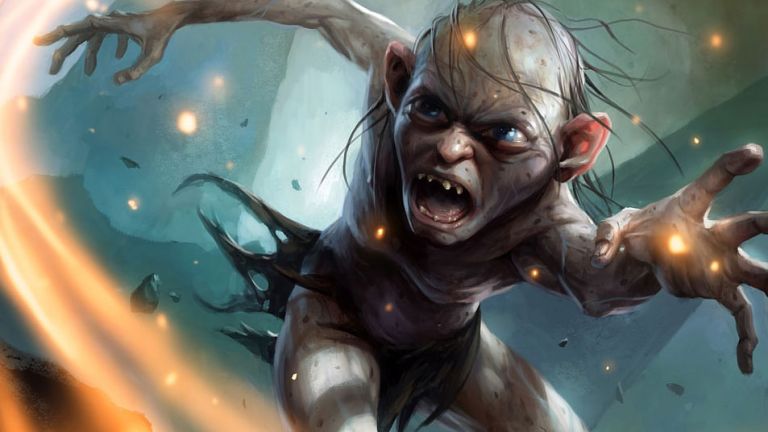 Are you a fantasy fan struggling to choose between the upcoming PS5 and Xbox Series X consoles? Well, you're in luck: it doesn't matter which one you end up buying, as you'll still get to go back to Middle-Earth. Daedalic Entertainment previously hinted its upcoming Lord Of The Rings: Gollum will be released on both consoles, but now the developer has confirmed this is the case.

The creative minds behind the game have also dished out some information for the first time since its March 2019 announcement. In a departure from other Middle-Earth games such as Shadow Of War (one of our best Xbox One games ever), it sounds like a completely different take on the universe than Peter Jackson's films.

The titular Gollum won't be based on Andy Serkis' incredible performance in The Lord Of The Rings and The Hobbit movies. In an interview with Edge Magazine, Daedalic Entertainment art director Mathias Fischer said most of the content, including Gollum's portrayal, will be drawn from the books by J.R.R. Tolkien.

Fischer says "Tolkien didn’t give a size reference for Gollum to begin with, so in the first illustrations, he’s gigantic! He’s like a monster emerging from the swamp.”

Senior producer Kai Fiebig adds: "[We] don't want to displease the folks who have only seen the movies. But in short, he doesn’t look like Andy Serkis.”

Expect to see lots of stealth mechanics and a few interesting story choices in both PS5 and Xbox Series X versions, as Smeagol and Gollum grapple with each other's split personality and advise the player differently. The player will choose which side of the coin to listen to, which will in turn alter the outcome of the story.

The Daedalic team also drop another intriguing hint: the super-scary Ringwraiths, or Nazgûl as they're known to proper Tolkien nerds, will also feature in the story.

Fischer says: “They were an interesting challenge, because it’s so well documented where they are in the wider narrative... I think ours are the less cool ones. They’re the drummer and bass player of the band. But we have a chance to make them more popular!”

The game is due to be released in 2021 for "all relevant platforms at that time" including PC, Xbox Series X and PS5. Unfortunately, LOTR: Gollum won't be a next-gen launch title, but as we get closer to the launch dates for both consoles later this year, we're learning more about their respective stable of games. Watch this space.