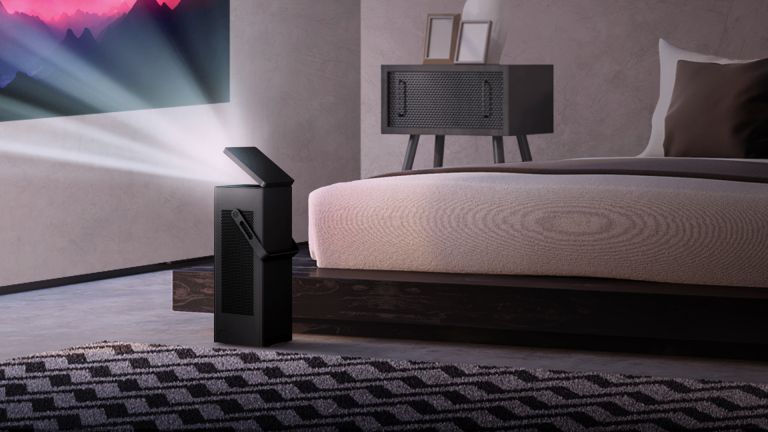 LG has just unveiled its first 4K projector that will make an appearance at CES in Las Vegas next week, and it’s looking really good. Unlike many 4K projectors this one is super portable allowing you to put a 150-inch screen on any wall you like.

The LG HU80KA, as it’s called, is portable enough to be lifted by the handle and placed anywhere. This is largely thanks to a mirrorless I-shaped engine that makes this smaller than others out there without sacrificing quality.

As such the LG UHD projector offers an eye squinting 2,500 lumens of brightness. Considering the LG Full HD projectors top out at 2,000 lumens that’s an impressive jump up for this beast of a unit. On top of that 4K resolution there is also support for HDR meaning a wider range of colours and contrast can be displayed.

The audio performance is also a built-in feature that helps the portability of this mobile cinema. Thanks to two 7W speakers there should be enough audio oomph to enjoy this anywhere. But for a real cinema experience connecting a soundbar or speakers is probably best and can be done easily via optical, HDMI or even Bluetooth.

So how much is the LG HU80KA and when can we get hold of it? LG hasn’t mentioned a price or release date at this stage but judging from Sony’s 4K short-throw USTP projector bar, which took a while to be released and cost around £32,000, we’re not expecting this LG version to be one for everybody. But here’s hoping anyway.