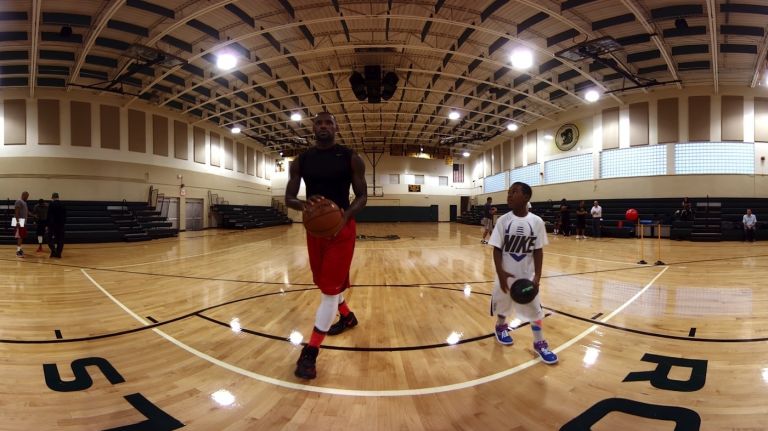 When he's not busy gracing videogame covers and causing havoc on the courts of the Eastern Conference, NBA star LeBron James is even getting on that sweet, sweet VR action. Yes, the NBA All-Star and Olympic gold medalist even has his own VR experience in the form of 12-minute documentary Striving for Greatness.

In the same vein as the recent training video released by the NFL's very own New England Patriots, the NBA-centric footage provides a behind-the-scenes look at how James trains to keep his, "God-given talent," (his words, not ours) in peak condition for the rigors of professional basketball.

It's no great revelation for NBA aficinados, mostly showing the NBA star shooting hoops with fans and taking a little yoga (and we'd argue driving about in a golf cart doesn't really constitute as training), but if you've picked up/been gifted a Gear VR for Christmas this free video is still a fun way to use your swanky new headset.

Much like Gear VR, the footage will also be available on Oculus Rift. You can also check it on iPad on other various platforms if you like waving your devices about like a bit of a madman.