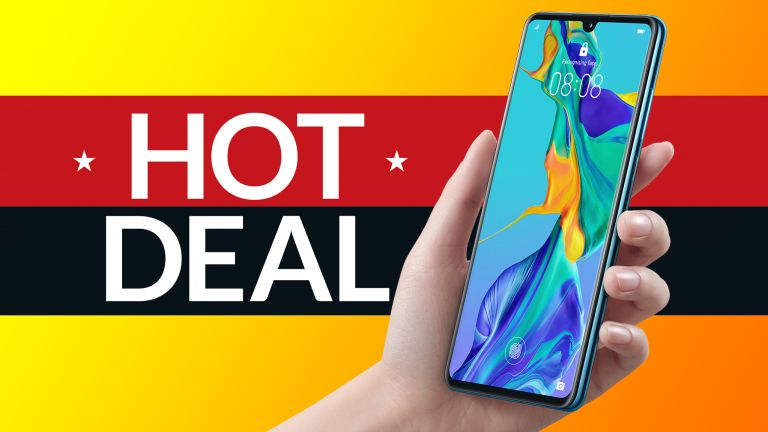 The Huawei P30 is one of the best phones on the market today, which is why this data-stuffed contract deal from MobilePhonesDirect has really made us sit up and pay attention.

The phone deal specifically caught our eye not just because it comes with plenty of data each month, which is a must, but also because you get to pick up the handset without spending a penny upfront. That's right, this deal allows you to pick up one of 2019's best phones for literally nothing out of the gate.

T3-approved network O2 provide the contract, which comes with unlimited minutes and texts as well. While MobilePhonesDirect help sweeten this deal even further by offering free delivery, too. You can check out the full details of the deal below:

Huawei P30 | FREE upfront | 15GB data | Unlimited minutes and texts | | 24-month contract with O2 | £34pm
This is just a great phone deal. That's because O2 are offering the Huawei P30 for free upfront and with a data-stuffed contract, too. Normally free handsets come with contracts chained to painfully low data allowances. But not here, with you getting a fat 15GB of data, as well as unlimited minutes and texts for only £34 per month. You also get completely free delivery with same day dispatch if you order before 8pm.View Deal

If you're currently in the market for a new handset on contract then be sure to check out T3's best phone deals guide for a large range of top prices on today's best handsets. While if you are planning to pick up one of the best Android phones on the market SIM free, be sure to check out our awesome best SIM only deals guide, which has SIM only plans starting from as low as £3.99 per month and unlimited everything plans starting at only £20 per month.

You can also check out even more great Huawei P30 deals below.