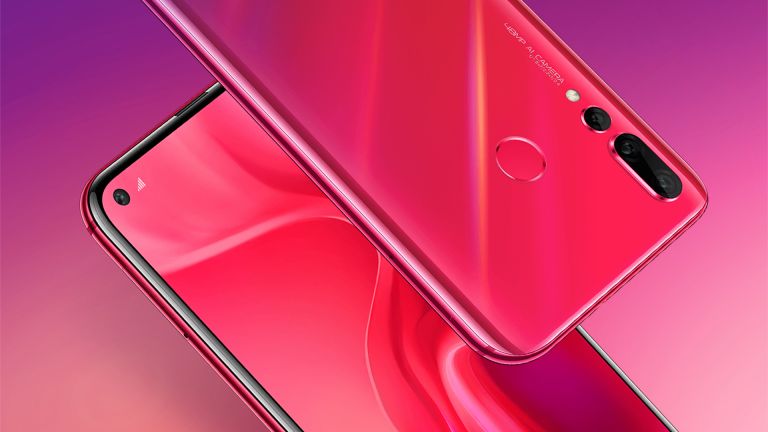 After weeks of teasing its notch-free "hole-punch" display design, Huawei has finally unleashed the Nova 4, its first notchless smartphone, in China.

The Nova 4 was in a head-to-head race with Samsung's Galaxy A8s, which has the same show-stopping screen design. Both smartphone brands have been teasing the new design – which Samsung has branded an Infinity-O display, because of its O-shaped cut-out in the screen – for weeks.

This "hole-punch" style design allows smartphone designers to squeeze more screen real estate into a smaller physical frame by allowing the display to bleed to the very edges of the chassis, and placing the camera behind a single circular cut-out (hence 'hole punch'). This design bans the bezel and nixes the notch.

The rest of the sensors and speakers are relocated behind the screen, or to other parts of the phone.

The Galaxy A8s was unveiled a week ago but it's not like Samsung has much of a head start. Both the A8s and the Nova 4 are pegged for a European and US release date in the new year…

Aside from the striking 6.4-inch display, the biggest new addition to the Huawei Nova 4 is the colossal 48-megapixel sensor included as part of a triple-camera set-up on the rear of the phone. This is comprised of the main 48-meg sensor, a 16-meg super-wide angle lens, and a 2-meg depth sensor to bring on-trend, bokeh-style blur to the background of portrait images.

Huawei says the Nova 4 is also capable of 10x zoom using a combination of the three lenses and software to maintain image quality. The Huawei P20 Pro, which includes a similarly endowed camera system, offers a piffling 3x optical zoom, by contrast.

Like the Huawei P20 Pro and View 10, the Nova 4 is powered by the Kirin 970 chipset, coupled with 8GB of RAM. That should be plenty fast enough to keep the software running smoothly on this new mid-range device, as well as offering a number of AI features, including the ability to identify objects in the frame of the camera and adjusting the settings accordingly to get the best shot.

It's worth noting that the Kirin 970 is no longer the flagship silicon from Huawei, following the launch of the Kirin 980 earlier this year.

Huawei also includes 128GB of storage, support for dual-SIMs, a rear-mounted fingerprint scanner, USB-C fast charging, and a 3,750mAh battery. The Shenzhen-based company claims the Nova 4 will last for 20 hours talk-time, and more than a fortnight when on stand-by mode.

Given that last year's Nova 3 was rolled out across Asia and Europe following its initial Chinese launch, we'd expect to see the Nova 4 making its way to shelves in other territories in the coming weeks, most likely January 2019.