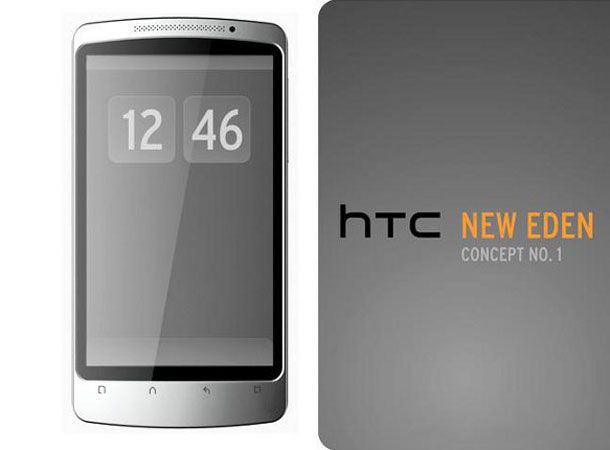 Concept phone gives hints to the future of handset design

HTC has officially revealed the future of phone design with the unveiling of a concept handset displayed as part of the New Eden Project.

Dubbed the HTC New Eden Concept No. 1 the concept design from the maker of the hugely popular Desire and Wildfire handsets was unveiled as part of the BriefMovile project that is looking to gain an insight into the future of feasible, appealing and usable handset design.

Crafted with a durable aluminum shell, much like numerous existing HTC handsets, the New Eden Concept No. 1 sports a sleek, svelte design that, judging by the icon buttons residing underneath the handset's display, would, if put to production, run Google's Android operating system.

Whilst we don't expect to see the HTC New Eden Concept No. 1 turned into a reality anytime soon, the Taiwanese phone manufacturer is holding a press event in London next week where the mooted HTC Pyramid is expected to land as the company's first dual-core smartphone.

Does the New Eden Concept No. 1 replicate the future handsets that you envisaged? Let us know your thoughts via the T3 Twitter and Facebook feeds.