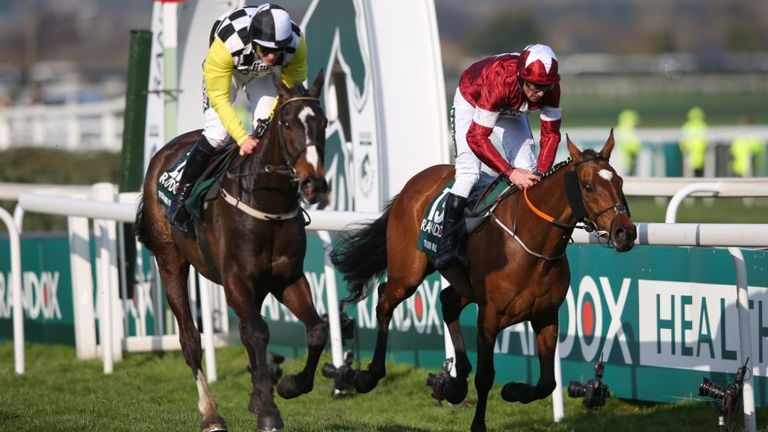 When it comes to the UK horse racing calendar, no event is bigger than the Grand National. 180 years after the first time it was raced, it's still as popular as ever with over £250 million expected to be fluttered on this year's chase at Aintree. ITV will be showing the race in its entirety and you can get a 2019 Grand National live stream by following this guide.

So what can you expect from today's big steeplechase? Well, for starters, history could be made if last year's winner Tiger Roll is first past the post. The thoroughbred would be the first horse since Red Rum to win the Grand National twice on the trot (if you'll forgive the pun) – the feat hasn't happened in over 40 years.

Ridden once again by jockey Davy Russell, the other 39 runners in the 2019 Grand National field won't be making it easy for Tiger Roll. Trainer Gordon Elliott's fleet of horses – he's saddling a record 13 for this one – include Tiger Roll, Jury Duty, General Principle and Dounikos. While Rathvinden, Vintage Clouds and Anibale Fly are among the runners hoping to prevent the brace of wins.

5.15pm BST is the time to keep in mind with the big-money horse race lasting around 10 minutes in total. Read on to discover how to get a 2019 Grand National live stream for free.

ITV is your destination of choice if you're in the UK and wanting to settle down on Saturday afternoon for the 2019 Grand National. The coverage starts at 4.35pm BST Saturday afternoon on ITV, with the runners and riders set to take starters orders at 5.15pm BST.

If you want to watch online rather than on TV then get straight over to the ITV Hub, which will also be showing the action. You can download the hub app to your Android or iOS mobile or tablet as well. And there are also hub apps available for media streamers such as Amazon Fire TV, Roku and Chromecast.

Unfortunately, if you're outside the UK this weekend and try to watch that ITV coverage, then you'll be initially out of luck as it will be geo-blocked. That means you can't watch it outside of the home country due to rights reasons. But there's a handy little trick you can use to get around that, using a Virtual Private Network.

More commonly known as a VPN (you've probably already heard of them), the software allows you to virtually change your IP address to a server in another country so you appear to be in a completely different location. It's encrypted, making it also a safer way to navigate the web. We've tested hundreds of VPNs and can recommend T3 Award winning ExpressVPN as the best option currently available.

ExpressVPN has the benefit of a 30-day money back guarantee and is the #1 rated best VPN in the world right now. You can watch on loads of devices at once including Smart TVs, Fire TV Stick, PC, Mac, iPhone, Android phone, iPads, tablets etc and you'll also get 3 months FREE if you sign up to an annual plan.

Once it's been downloaded and installed, open the app and select a UK server location (it's super easy) and then head over to either of the ITV Hub or (our preferred choice) TVPlayer.com from 5.15pm BST / 12.15pm ET / 9.15am PT / 2.15am AEST Sunday in time to live stream the whole race.

Where else has a Grand National live stream?

As we've already said, ITV has all the UK coverage of the Grand National. But this event puts Merseyside in the limelight across the world, as horse racing fans and punters the world over tune in to watch the goings on at Aintree Racecourse – over 200 countries in total will have the chance to watch.

Specifically, we have listed the official broadcasters for the US, Australia, Canada and New Zealand as follows:

Watch the Grand National in the US
Specialist horse racing betting website TVG is showing this year's event in the US, which means you need to have a cable subscription to watch, or a service such as Dish or DirectTV. The race is due to start at 12.15pm ET / 9.15am PT on Saturday.

Watch the Grand National in Australia
The way to watch in Australia is via the specialist Sky Thoroughbred Central station. It means a late night, however - starters orders are due at 2.15am on Sunday morning in the AEST timezone.

Watch the Grand National in Canada
It's CBC in Canada if you want the local coverage of the 2019 Grand National. That means you'll need cable to watch.

Watch the Grand National in New Zealand
It's an early start in New Zealand - 5.15am on Sunday morning to be precise. But having got up at that time, we can tell you that Trackside Racing will have the coverage.

Ideal if you're in one of those countries, but there's no need to worry if you're abroad and still want to watch your domestic Grand National live stream. Cast your eyes upward to learn how to watch the race as it happens with a VPN.