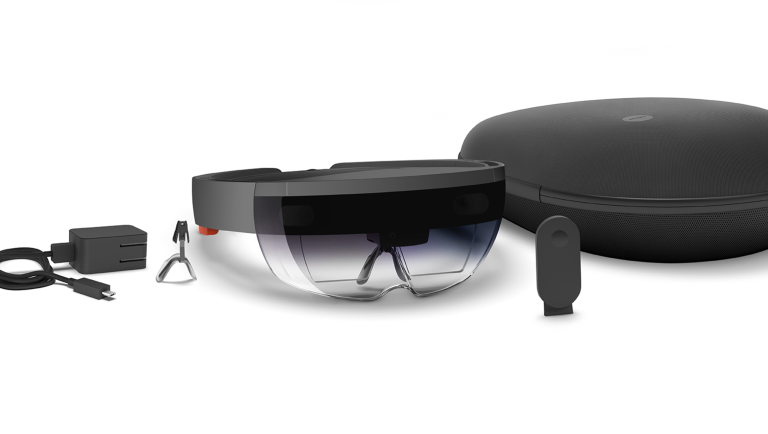 Microsoft Hololens has started to ship to the developers that pre-ordered the HoloLens developer kit, although the big question remains - when will normal people be able to get hold of it.

In a complete coincidence, Microsoft originally made Hololens available to pre-order last month - the very same day as the HTC Vive pre-order. It was originally only available to developers in the US and Canada.

However, it's a bit more expensive to mess around with AR than VR - the Hololens Development Edition costs $3,000 USD.

Unlike something like Oculus Rift, which presents you with a complete virtual world, HoloLens has clear lenses, and imposes your pre-built holographic structures and worlds on the environment around you. In short, it's an augmented reality device along the lines of something like Google Glass.

It also features spacial sound, so you can hear holograms behind you as well as in front. All the while, it's taking in data from the surrounding area, and computing it through three processors, a CPU and a GPU but also a newly invented Holographic Processing Unit, which Microsoft claims is the first ever made.

HoloLens is not only wireless, but doesn't require connection to another device, so you can walk around wherever you like.

Microsoft's Alex Kipman said this in a blog post: "I'm thrilled to announce that starting today, developer applicants will start receiving invitations to purchase the Microsoft HoloLens Development Edition – which will begin shipping on March 30th. Today represents a monumental step forward. This is the first step in our journey to consumers. A step focused on our commercial partnerships and on supporting developers, who will help pave the way to consumer availability with amazing and new holographic experiences.

"The device consists of multiple environment understanding sensors and it's powered by a custom-built Microsoft Holographic Processing Unit (HPU) and an Intel 32-bit architecture. The HPU is custom silicon that allows HoloLens to understand gestures and gaze while mapping the world all around you, all in real time."

This is pretty exciting, but it's still such early days for HoloLens. Check our our Hands on: Microsoft HoloLens review