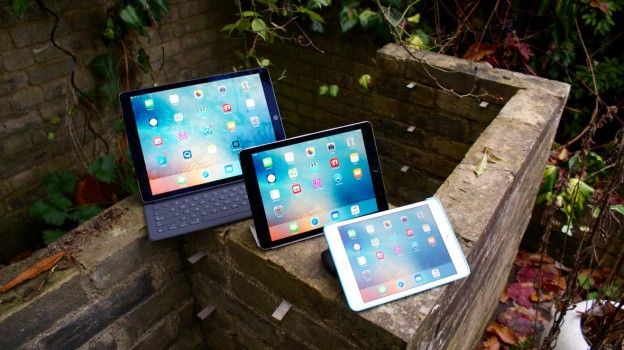 It looks like the Apple cat has once again got out of its very leaked bag but this time it's meowing about new iPad Pro models due in 2017.

According to sources of Mac Otakara Apple is set to release three new variants of Apple's iPad Pro next year in 12.9, 10.1 and 7.9-inch models.

According to the leak the Pro range should feature displays with P3 colour gamut like that of a Retina iMac, 12-megapixel iSight cameras with True Tone flash, quad speakers plus quad microphones. They should also come with 3.5mm audio jacks, unlike the iPhone 7 that ditched them.

The quad microphones part of this leak is interesting as that's an upgrade on the current dual mic setup. With smart speakers like Amazon's Echo using a 7-microphone array to hear better for voice controls using its Alexa assistant, other companies are likely to follow. This new speaker setup from Apple could be a step in that direction for a Siri that can hear and understand users better than ever. This is ideal on a tablet which often stays in the home, ready to do smart home bidding via voice controls.

The new iPad Pro line is expected to beginning shipping in Spring 2017.