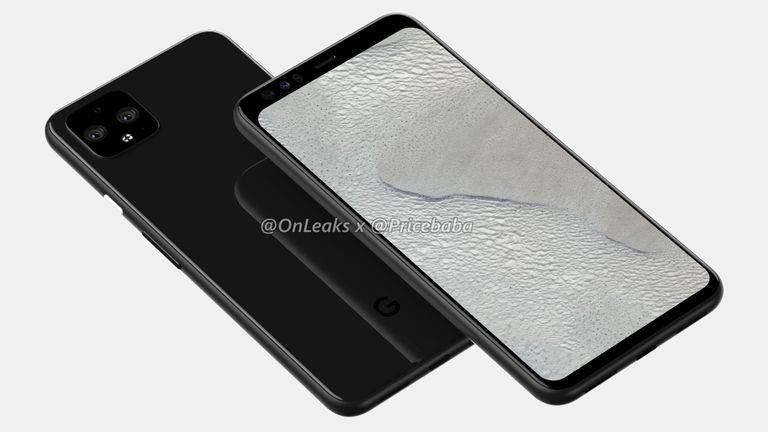 Provided Google stays true to form, we're still three months away from its annual Made By Google event where the Californian company unveils its latest smartphone.

Despite that, we know a lot about the forthcoming flagship phone – thanks to rumours, leaks, and Google taking the unprecedented step of confirming the camera design in a tweet. However, there is little consensus among tipsters around the front of the handset, with some leaks pointing to an all-screen design like the Samsung Galaxy S10, while others suggest the Pixel 4 will persevere with chunky bezels.

The latest leak comes courtesy of reliable tipster @OnLeaks, who has new details around the dimensions of the handset. OnLeaks, who has teamed-up with retailer PriceBaba to release these latest high-resolution renders, has an incredible track record when it comes to forecasting unannounced flagship phones because the leaks are based on CAD models, which are used in the manufacturing process.

If these numbers are correct, the Google Pixel 4 XL will have a larger footprint, despite boasting a smaller display than the Galaxy S10 Plus. Rumours suggest the chunky bezel at the top of the screen will be used to house the same dual-selfie camera system seen in the Pixel 3 and Pixel 3 XL, as well as a new facial recognition system – similar to the Face ID authentication set-up seen on the iPhone XR.

If the latest leaks are accurate, the Pixel 4 looks like it will boast a number of exciting features – triple rear-mounted camera, ultra-wide selfies, facial recognition – wrapped up in a functional, if a little unexciting, industrial design. Whether Android fans will be happy with that trade-off remains to be seen.

Naturally, T3 will have all of the latest Pixel 4 rumours and news ahead of the Made By Google event, which we expect to land in October.