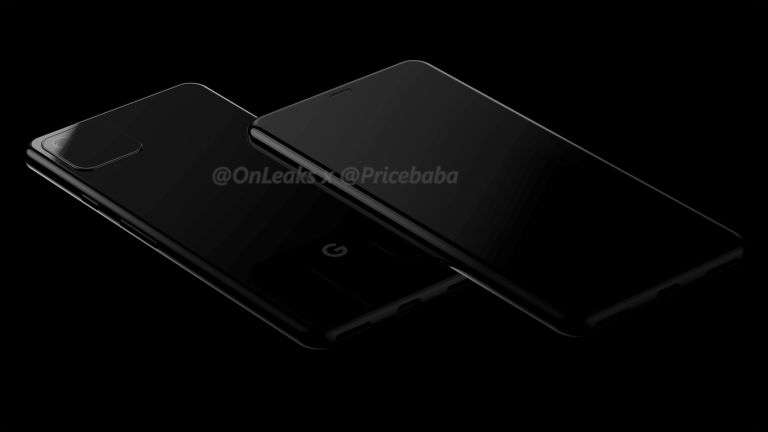 Prolific leakster OnLeaks has struck again. After unmasking the entry-level Samsung Galaxy Note 10 and the pricier Note 10 Pro in the last few days alone, the tipster has now shared a series of images that reveal the Google Pixel 4 from every angle.

The infamous tipster, best known as @OnLeaks on Twitter, has a solid track record when it comes to unannounced hardware as the leaks are typically based on CAD models used during the manufacturing process to map out the dimensions and provide third-party accessory designers with the design ahead of the release date.

That makes the high-resolution renders much more accurate than the blurry Paparazzi-style shots you might see elsewhere. As a result, OnLeaks already has a number of accurate leaks under the belt so far this year.

These latest Google Pixel 4 images, published in collaboration with retailer PriceBaba, are a little different as they're based on "early prototyping schematics," which suggests some tweaks to the design could still be planned – something that could prove to be music to your ears, depending on what you think of the new looko of the rear-mounted camera system. Provided Google sticks with its usual schedule, we won't see the Pixel 4 unveiled until early October 2019, so there's still time for a few changes to the design.

According to the OnLeaks renders, the Google Pixel 4 will sport the same glass front and back combination seen on the Pixel 3 and Pixel 3 XL. This will enable wireless charging via the Qi standard.

The Pixel 4 series also looks likely to sport a notched display – a very different approach to the Galaxy S10-esque cut-out for the selfie camera revealed in another leak published last month. With any luck it'll be a little smaller than the humongous notch on the Pixel 3 XL, which was mocked by rival Samsung at launch.

Speaking of eyesores, the high-resolution renders reveal an all-new rear camera design for the Pixel 4 that will seemingly take up a large portion of the back panel.

Unlike previous Pixel branded smartphones, which Google always insisted could achieve the same effects with a single lens – lossless zoom, portrait mode images, strong low-light performance – that other manufacturers required a secondary (or third, or fourth) camera match. Now, it seems Google will increase the number of lens fitted to its handset for the first time.

This wouldn't be the first time the Mountain View-based company had backtracked on one of its marketing ploys. The first-generation Pixel mercilessly mocked rivals for ditching the 3.5mm headphone port – before the Google Pixel 2 did exactly that.

The camera bump appears to be a monstrous square-like design which looks easily big enough to squeeze four separate camera lens, provided they're arranged like the Huawei Mate 20 Pro. The square bump in the top left-hand corner of the rear panel looks almost identical to the much-rumoured design of the forthcoming iPhone 11.

Given the beautiful simplicity of the rear panel on the current-generation Pixel, this looks pretty messy. And that camera bump could cause some serious wobbles when using the handset on a flat surface, like a table.

Finally, it's worth noting there’s no fingerprint sensor on the back of the Pixel 4 in these renders, which suggests earlier rumours of a scanner embedded underneath the glass display were accurate. Either that, or a facial recognition system.

Pixel 4 will likely be powered by the Qualcomm Snapdragon 855 system-on-a-chip. As always, it's worth taking all of this with the prescribed pinch of salt. After all, this information is based on "early prototyping schematics," so could be subject to change before the release date in October 2019.