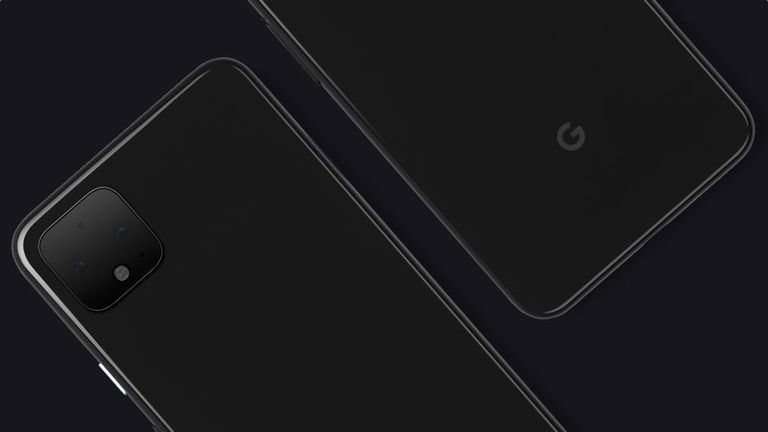 The Google Pixel 4 has leaked so much it's almost as if Google hasn't even attempted to keep it under lock and key. It's not like it's the odd rumour that's surfaced, either – we've seen countless hands-on images and videos showing the device in action. But none of them hold a candle to what we're looking at today: the first seemingly official product shot of the handset. Why? Because what's (presumably) set to follow is the supporting documentation, and when it does, we'll know absolutely everything there is to know about the device – hopefully ahead of its unveiling on Tuesday, October 15.

We won't dive too deep into this latest leak since it doesn't reveal anything we haven't seen before.

In a nutshell, there's an iPhone 11 Pro-style square camera setup on the rear, a sizeable forehead above the screen that's home to all the components needed to make the handset's much-anticipated Face Unlock feature tick (more on that in a bit), and both a  volume rocker and an on/off key on the right-hand side. In typical Google fashion, the display is emblazoned with the date the device was announced – should the resources have remained secret until after the event as Google was intending, that is – and polished off with a new wallpaper that's exclusive to the forthcoming flagship.

While it's the Google Pixel 4 that's pictured, it's the larger Google Pixel 4 XL that's set to be the headline act. The device is rumoured to bundle a 6.2-inch 90Hz screen, a Qualcomm Snapdragon 855 processor, 6GB of RAM, a dual-camera on the front and rear and a 3700mAh battery. It's also said to come ship with Face Unlock (instead of a fingerprint reader) and will run Android 10 to boot. Plus, it should be decked out with Motion Sense – an intuitive but not necessarily practical feature that will allow owners to interact with their handset without touching it through the use of hand gestures.