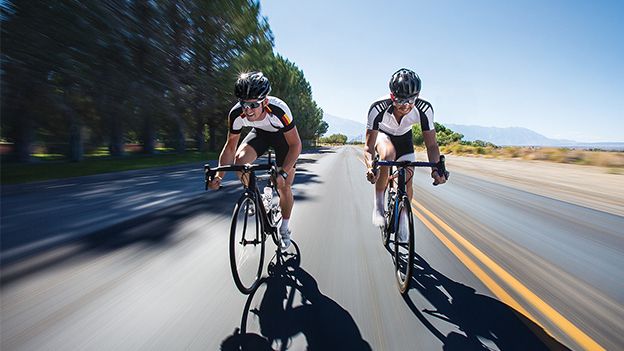 The Fitbit Surge is getting a new talent. The smartwatch will soon be able to track your bike rides, giving you a breakdown of how far you travelled, how long you rode for, average speed, heart rate, calories burned and what time you went out. This is all fired over to the dashboard on the Fitbit app so you can review your routes, speed and elevation in as much detail as you'd like.

It will also tell you your active minutes and the ride's impact on your daily stats. Through the web dashboard, you can see a by-the-second view of speed, heart rate, heart rate zones and calorie burn for each ride. You can also compare past rides, and track your improvement.

The feature will arrive on the Surge in the US next month. Those of us in the rest of the world will get it "soon", according to Fitbit.

Dubbed a 'super watch' by Fitbit, the Surge is already capable of tracking running, cross training and cardio workouts. Biking will be a welcome addition to BMX bandits everywhere.

The Surge is aimed squarely at the fitness market. It lasts up to seven days before needing a recharge, which is six more than the Apple Watch. Fitbit is also working on "even longer GPS battery life", and teases that it will announce more on this soon.

Like the Pebble Time and Withings Activité, the Surge works with both Android and iOS, which opens up its potential user base massively. Google is rumoured to be making Android Wear compatible with iOS – and code has even been spotted that confirms this – which could spur sales of its smartwatches. Theoretically, the Apple Watch and all the surrounding hype could be the best thing to happen to Android Wear.