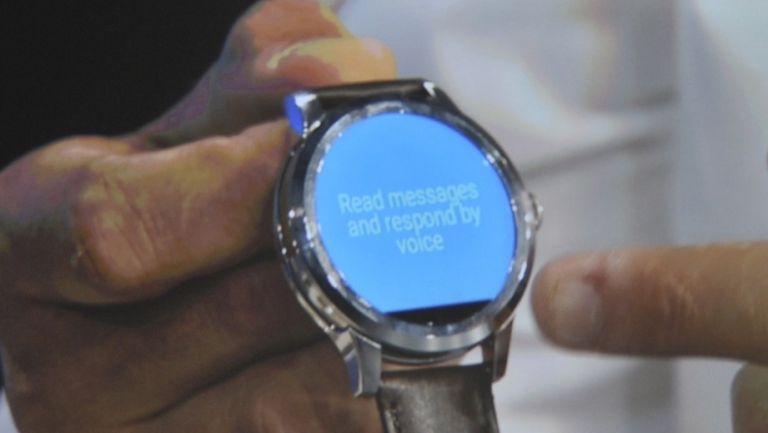 Fashion has met high tech with luxury watch maker Fossil teaming up with Intel to bring not one, not two, but three “connected accessories”, which is fancy speak for “jewellery with bits of tech slapped on it”.

These accessories are a connected bracelet, a connected watch and a smartwatch running Android Wear.

We got glimpses of Fossil's new range of wearables at Intel's IDF event and as you'd expect they look more than half decent, with premium silver and leather finishes.

With Fossil handling the looks and design of the new gadgets, it's up to Intel to provide the goods power-wise, but considering the chip maker's credentials in the hardware department, we don't have many concerns there.

We don't know much more about the devices just yet as they were simply shown off on stage, but it's likely the connected bracelet will be a health and fitness tracker that will send biometric data to your smartphone.

It's also interesting that Fossil has made a distinction between a connected watch and a smartwatch, so we'd assume that the connected watch will be a more traditional affair that can send and receive certain data to a smartwatch via Bluetooth, possibly similar to what Tag Heuer is planning (which is also partnering with Intel).

Meanwhile Fossil's Android Wear smartwatch will likely be a more feature-rich device to rival the likes of Apple Watch and the LG Watch Urbane, letting you access a wide range of data and apps from your wrist.

Fossil's smartwatch will also sport a circular display similar to the Moto 360, which will please fans of traditional-looking watch faces, though sadly like the Moto 360 the screen doesn't completely cover the face, leaving a small blank space at the bottom.

Still, with big names like Fossil and Intel teaming up to work on a fresh batch of wearables, we're really excited to see what they come up with when they announce more details later this year.