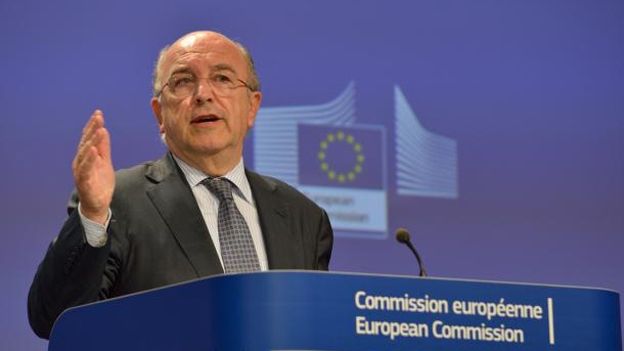 Samsung's attempts to find a way of hitting back at Apple over its patent lawsuits may have backfired on the Galaxy maker.

The European Union has warned Samsung that its lawsuits in the US and elsewhere against Apple may have violated its rules on standard-essential patents.

Speaking at a patent conference on Monday, European Competition Commissioner Joaquin Almunia said that there is a strong chance Samsung may need to come up with concessions if his team is to drop the case.

Reuters reported from the event that Almunia has received feedback from many of Samsung's rivals. According to that report, all of them apparently said that they are unhappy with Samsung's proposals.

In recent months, the most high profile of these disputes have been between Apple and Samsung.

However, there are differences between the lawsuits Apple has filed with Samsung and those that the South Korean company's have counter filed.

The patents Samsung has admitted to infringing are not deemed as standards-essential by the European Competition Commission.

However, many of the patents Samsung has claimed Apple has infringed by refusing to pay the licensing fee it demanded are classified as being standards-essential.

Apple has accused Samsung of charging well above market rates for access to these patents.

Standards essential patents are those which are determined to be crucial to the operation of devices.

In return for being granted a patent on a technology that competitors will need to use – and therefore the right to charge a licensing fee – companies agree to price the right to use such patents at a much lower rate.

This has lead to Almunia and his team warning Samsung that it is abusing its dominant position.

It appears that Samsung has realised that it must act to avoid the angry glare of the Commission.

In September, the company promised not to sue any other technology companies for the use of patents deemed to be standards-essential. It has also agreed to use third party arbitration to determine the amount it should charge rivals for use of such patents.

However, based on Almunia's statement, it does not appear to be enough to satisfy the Commission.

The Commission is not afraid to flex its muscles when it comes to technology giants. It has fined Microsoft heavily in the past and forced it to make major changes to its Windows operating system.