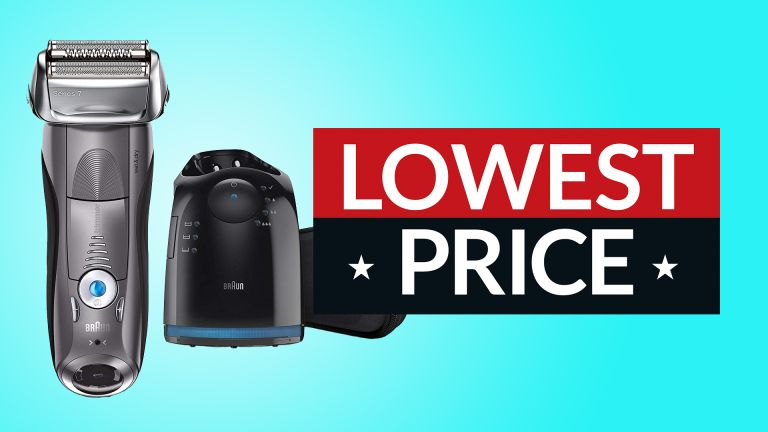 What's even more satisfying than a supremely close and comfortable shave? Knowing that it came at an unbelievably low price thanks to one of the best Amazon Black Friday deals we've seen this year.

But don't dither on this deal, because it's only running until 11.59pm on November 30th!

The Braun Series 7 is a foil shaver with four synchronised elements that tackle hair more efficiently (so you need to go over it fewer times) and "responsive intelligence" that adapts to your face, to help keep the cutting close but not harsh. And there's a precision trimmer for sideburns.

It also comes with a 'Clean&Charge station', which does exactly what it sounds like – stick your razor in when you're done shaving it gives it an anti-bacterial wash, lubricates and dries it, ready for another go… and charges it, of course.

Braun Series 7 Electric Shaver 7865cc | | Now £119.99 | You save £210 at Amazon UK
With smart AutoSense technology that adapts to your beard's density 160 times per second, plus four shaving elements that get through hair with fewer strokes, this is a better way to shave. And you'll get the smugness of paying over £200 less than you should have!View Deal