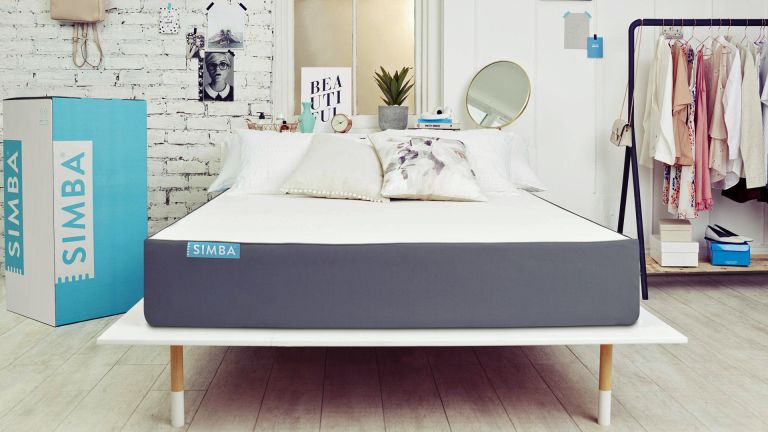 In an unusual move, leading UK mattress brand Simba is offering three people a free Simba Hybrid mattress, a free Fitbit Versa smart fitness watch and £600 in cold, hard cash. All they have to is put on the Versa, lie down on the Simba and spend the 600 quid on cocoa and Ovaltine, whatever that is.

The post is advertised via Airtasker, which is a sort of gig economy Uber version of a recruitment agency. On Airtasker, people can seek out professional and amateur workers, for anything from plumbing to cleaning to brain surgery to (extremely) odd jobs such as this one.

All you have to do in return for Simba's largesse is to sleep on their mattress, wearing the Versa, then let Simba peruse the sleep data gathered by Fitbit's funky wearable.

Britain, Simba assures us, is in the midst of a 'sleep crisis', as everyone feels terrible guilt for all the awful things they have done, and the 'grime' DJ next door refuses to stop practicing until 4am every morning.

Here is a video Simba has made to illustrate this, and explain their job offer.

Steve Reid, co-founder and CEO of Simba, puts it like this:

"Three candidates will be chosen for a month-long ‘sleepsperience’… We need 3 Taskers to record data around their sleep over a 4-week period, and see if and how certain small lifestyle changes can make huge improvements to sleep quality."

To secure the job, you will need to tell Steve "your inspiring, memorable, funny or downright outrageous sleep tales. Maybe you’ve accidentally slept your way from Paddington to Penzance on the train, woken up on a beach in a far-flung land or napped through that vitally important morning meeting."

How hard can that be? Just make something up.

Here's one true sleep experience that happened to T3 for instance: we went to sleep onboard a bus in Arizona but it turned out to be the one that takes astronauts to NASA's space rocket launch site! When we woke up, we found that NASA, in a rush to launch their latest space rocket, had thought we were astronauts, put us in space suits and fired us into orbit on a big tube with rockets on it. On waking, quick as a flash, we said, "That's one small step for man and one giant sleep… for us!" How we laughed!

Okay, here's a true one: we once fell asleep on a bus, ended up in Essex and had to get back with no money (and this was before the days of mobile phones). We eventually found a railway station that could get us back to London, but there were ticket inspectors at the gates! So to fool them, we walked in backwards, so it seemed like we were leaving, not coming in. No word of a lie: this actually worked.

• You can apply for the (lying down) position via Airtasker.