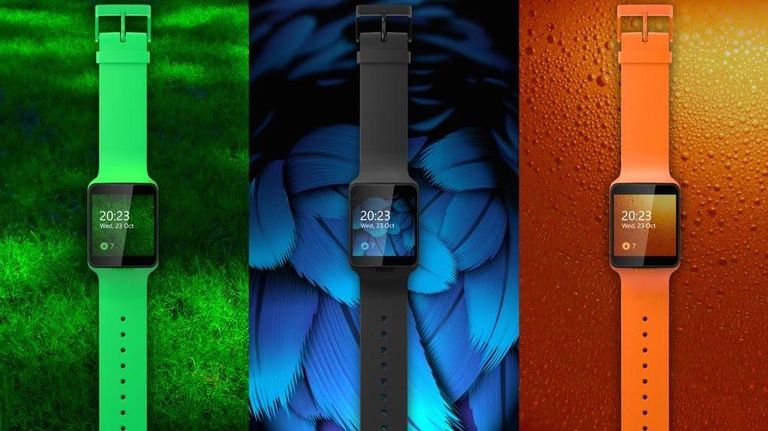 This is Nokia's smartwatch that came so close to seeing the light of day -- working prototypes were even shown off at Mobile World Congress last year -- but alas, it wasn't to be.

Sources tell The Verge that it was called Moonraker, and would boast a lot of the same design flourishes as the Windows Phone operating system.

It was planned to launch around the same time as the Lumia 930, but Microsoft binned off the project not long after acquiring Nokia's handset division.

Now images of the Microsoft Moonraker – as it's been dubbed – have surfaced on a now-defunct Tumblr blog run by Microsoft design employee Pei-Chi Hsieh, spotted by Evan Blass.

These images weren't just concept art, they were made for marketing purposes, which shows just how close the device was to launching.

So why did Microsoft put the kibosh on it? It wanted to clear the way for its Band fitness tracker. The Band is certainly more functional, but we much prefer the look of the Moonraker. In fact, we'd say it looks decidedly Apple-esque.

Other images of the device show it having a camera remote function (which would let the watch act as a shutter function for your phone's snapper), step counter, MixRadio, texts, emails and Facebook. It also shows incoming calls on the face, though whether you can answer through the watch isn't revealed.

It's all academic anyway, as the Moonraker will likely never see the light of day. Microsoft is said to be working on its second-generation Band fitness tracker, which could incorporate some of the hardware elements.

It's expected to launch later in the year, once Windows 10 is out the door.