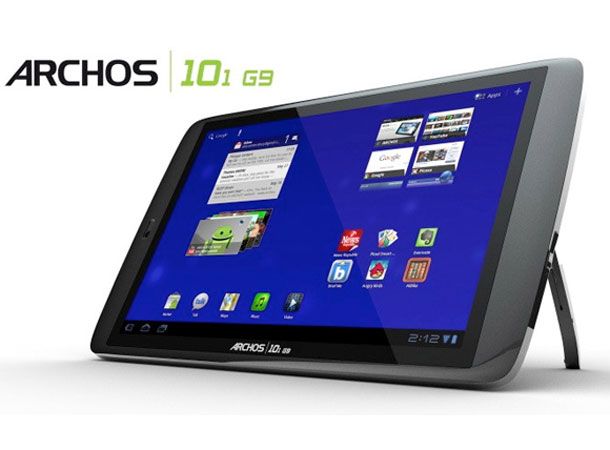 Archos has officially unveiled what it has dubbed as the 'industry's fastest tablets' in the 1.5GHz dual-core processor touting Archos 80 G9 and Archos 101 G9

Archos has officially unveiled its third generation of Android tablet devices with the 'industry's fastest tablets' to land in the form of the 1.5GHz dual-core processor touting G9 range.

The two new G9 Archos tablets come in the form of the 8-inch Archos 80 G9 and the 10.1-inch Archos 101 G9, both of which are set to land later this year running version 3.1 of Google's tablet centric Android Honeycomb OS.

Looking to achieve its claim of offering the “industry's fastest tablets” Archos has fitted both the Archos 80 G9 and the Archos 101 G9 with an ARM Cortex 1.5GHz dual-core A9 processor allowing users to perform tasks up to 50 per cent faster than on the current breed of 1GHz dual-core tablets.

Boasting a HDMI out connection the range of G9 tablets are to hit the UK in September following a formal IFA showcase with the 8-inch Archos G9 to set wannabe owners back just £199 with the device rocking a 1024 x 766px display and in-built Wi-Fi connectivity.

“It is no secret that the tablet market is dominated by the iPad,” announced Archos CEO Henri Crohas at the unveiling of the G9 range. He added: “There are many 'iPad killers' trying to beat the iPad on its own ground, we at Archos started earlier releasing our first Android tablet in 2009. Being the first we have developed out own methods which are cheaper.”

Whilst prices for the 10.1-inch Archos 101 G9 are set to start at just £279, users keen for extra storage space will be able to bag a device with a 250GB HHD for £399 adding 2mm to its in-built stand boasting form factor.

Can Archos' speedy cut-price tablets tempt users away from the more costly iPad and into Android powered tablet computing? Let us know what you think via the T3 Twitter and Facebook feeds.