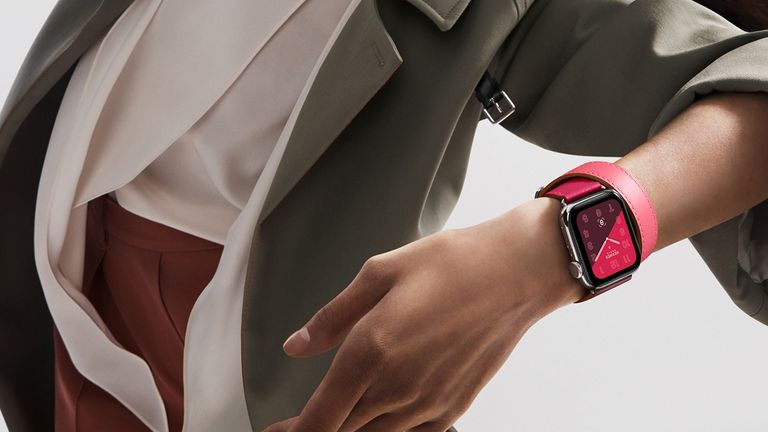 Until recently the Apple Watch 5 was an elusive beast, with no details about the upcoming smartwatch. That looks likely to change however, as Apple starts to ramp up production ahead of the expected 10th of September release date.

A few days ago we learnt about the new case materials from the watchOS 6 developer beta, and now we've been given out first glimpse of the new smartwatch.

The image shows an Apple Watch with information about the software and model displayed on the screen.

Not only does this screen show the Apple Watch is running the not-yet-released watchOS 6, it also shows the model number A2157.

This model number was recently discovered in a filing at the Eurasian Economic Commission, alongside model numbers attached to unreleased iPhones.

These two things make us believe that the image is a genuine image of the Apple Watch Series 5.

Check it out below:

Instead of major physical design changes, it's expected Apple will release titanium and ceramic models of the Series 5, and focus mainly on software updates.

Whatever Apple is planning, we shouldn't have too long of a wait to find out – it's expected Apple will announced the new Apple Watch alongside the iPhone 11 range on the 10th of September.

Stay tuned to T3.com for the latest updates.