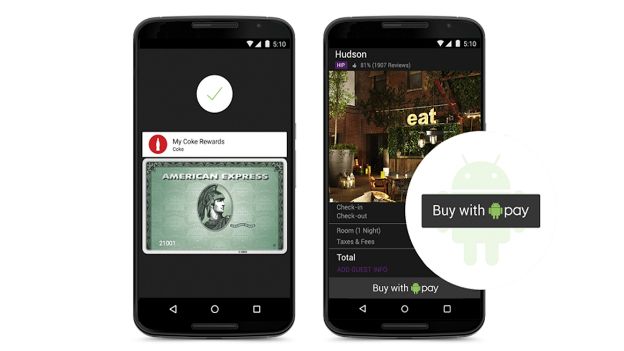 Google implied that Android Pay wouldn't launch until the end of the year, but a memo passed onto fast food king McDonald's suggests otherwise.

Several sources have backed this up to AndroidPolice and a McDonald's employee also posted the memo to the Android subreddit with the same date as the previous leak. Note this is only the US launch date but, if it all checks out, it may not be long until Google brings it to Europe.

Both pictures of the memo also list August 21 as the launch date for Samsung Pay, although is obviously a blunder. The Note 5 and S6 Edge+ arrived on that date, so it seems like an honest mistake. Samsung told T3 that Pay will debut in South Korea on August 20, the US on September 28 and plans to expand the service to the UK, Spain and China shortly after.

Google unveiled Android Pay at its I/O developer conference in May, but gave no inkling that it would launch this soon. It works slightly different to Apple Pay but, in general, lets you pay with your smartphone in pretty much the same way. It is, however, compatible with older handsets – sadly, that doesn't include your old Nokia 3310. Now wouldn't that be something.