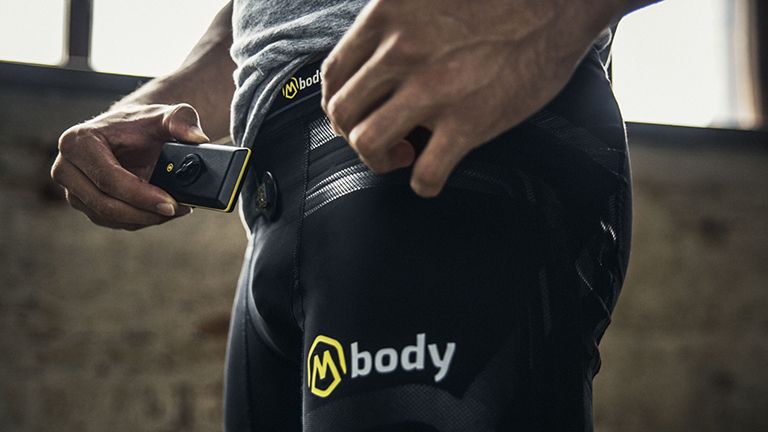 If you think you've got problems with selfie-elbow and other modern day tech health woes then spare a thought for athletes, who often have to endure all manner of painful conditions during the course of their activities. However, thanks to ongoing innovation, sports professionals can now go the extra mile, even when they're injured thanks to pioneering hardware and software that help get them to the finish line. So, let’s take a look at the various options for athletes who want to get match-worthy and keep it that way.

Injury-detecting sensor technology is one key area of sporting innovation that looks set to power ahead. And, with the explosion in wearable technology, it’ll soon be the norm to have injuries spotted before they happen thanks to sensors located on the body, especially in commonly problematic areas such as joints and muscles. A good example is MotusPro, which is an American invention aimed at helping baseball players make the right movements during training, which they can then employ come match time.

The MotusPro concept revolves around full-body sensor technology that can be used to great effect by pitchers and batters in order to spot any potential performance weaknesses. Utilising five wireless 6-axis motion sensors located in key areas of the body, the resulting data allows coaches to monitor performance and make changes in training where necessary. There’s the added convenience factor of features and functions that can be displayed on an app using Bluetooth.

Head injuries can be the real killer with many sports, such as American Football. So development of the VEPS system is timely – it’s another sensor-based innovation that uses a headwear design to monitor and detect any changes occurring inside the skull that could signal brain injury. Helpfully, it’ll also indicate when athletes should, well, calm things down a bit in order to avoid injury and retain their sporting prowess. However, perhaps the biggest hurdle to overcome in this area might not be the technology itself, but getting sporting rule-makers to allow their use during competition time.

Myontec is another prime example of how intelligent clothing is becoming the smarter way to monitor performance and guard against potential issues before they happen. The company currently has a trio of products aimed at monitoring and analysing sporting performance using direct measurement of the muscular system. One of the products, the Mbody Bike & Run, fuses high-tech 3D elastic compression textiles with app technology to offer a comprehensive training and monitoring package. And, thanks to the ongoing development of smart materials, it won’t be long before any and every area of the body will be able to be scrutinised by wearing intelligent fabrics.

Monitoring performance and ensuring athletes remain at peak fitness is increasingly based around data monitoring and its subsequent analysis. Kitman Labs is one of the leading lights when it comes to using complex data and sophisticated analytics in a bid to help athletes avoid injury. Formed back in 2012, the business uses a special Athlete Optimization System that enables coaches and trainers to precisely monitor athletes during training and competition time.

All of this number crunching allows the Kitman Labs cloud-based software system to act as a preventative measure. It often highlights any potential problems in advance, which if you’re a pro sportsman, can mean the system will soon pay for itself by keeping you up and running. If something does go wrong, the software can also give an indication on how to avoid the same thing happening again. Kitman Labs technology has been used everywhere from professional rugby teams through to Premier League soccer clubs, and was also in evidence during preparations for the 2016 Olympic Games.

However, injuries will inevitably still happen along the way, but treatment of these, both major and minor, is already being transformed by technology. With pressure on athletes and their team coaches to get back in action as quickly as possible, the capacity for technology to help speed up the process is likely to change the sporting landscape in the future. Rebound PCL is a revolutionary new type of brace that can be called in to deal with injuries to the frequently troubling posterior cruciate ligament. This innovative device can help speed up injury to this part of the knee that is susceptible to injury and can be tailor-made to suit each individual patient.

There’s also a huge market for gadgets and gizmos not only designed with preventing sporting injuries, but also for dealing with them if they do happen. You’ll find something for every scenario too. Swiss brand Compex have over thirty years of experience when it comes to producing portable muscle stimulators and has a range of products that can boost performance and aid recovery. The Compex SP Wireless 8.0 Muscle Stimulator model delivers personalised muscle stimulation and all without wires too. It acts as a training aid that provides massage and oxygenation, as well as helping to build muscle and increase resistance.

There are more tangible options for preventing, or at least minimising injury in the first place too, most notably in sports at the more physical end of the spectrum such as the aforementioned rugby. N-Pro, for example, is the first medically certified rugby head guard and has been proven to reduce impact by up to 75%. The product was devised by a rugby-mad husband and wife from Ireland and took a cool three years of development. It’s just one of numerous products that are aimed at minimising physical injury, like the Shock Doctor, which is a £65 bit of kit that offers the ultimate in knee support with a dual hinge design. They deal in ankle supports too.

And, finally, if you’re not a professional athlete but are after a bit of low-budget assistance then for less than a tenner you can get a roll of RockTape Kinesiology plaster. Some athletes swear by this therapeutic sticky stuff that comes in an array of different colours and designs. More importantly, it can be used to treat Achilles Tendonitis, jumpers knee, groin and hamstring pulls plus lower back pain, shin splints, tennis and golf elbow along with all points in-between. Presumably then it might also be useful in dealing with that selfie-elbow of yours. Which is exactly where we came in, right?