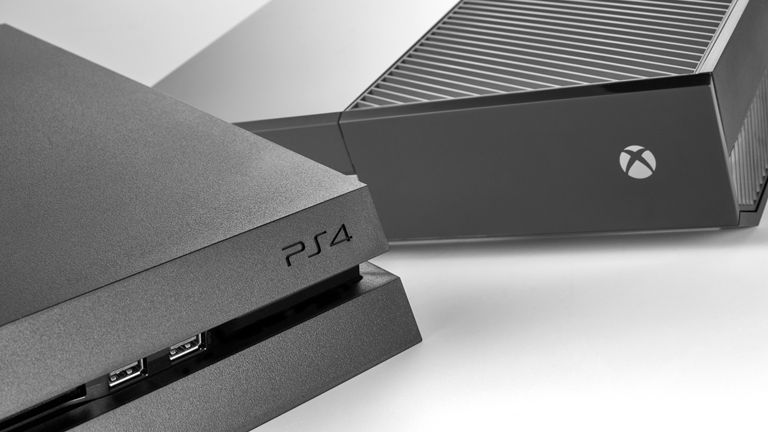 Sony, the maker of the PlayStation, could be about to change the console industry for good. The market, dominated by Sony and Microsoft, has long been focused on periodic, but significant, upgrades for its flagship consoles. The PlayStation 2 was succeeded by the 3 and then the 4, all of which boasted big, marquee differences from the prior model.

However, according to a report from the Wall Street Journal and gaming website Kotaku, that could be about to change as Sony introduces the PlayStation “4.5.”

UPDATE: The new system is codenamed "Neo" and features upgraded GPU, CPU and RAM, as well as 4K support

The 4.5—a speculative name, which doesn't come from Sony—would look much the same as the 4 but would be more powerful. This extra power, which could stem from improved hardware, would be used to play more intensive games with better graphics or a virtual reality component.

Sony has been working on the PlayStation VR headset, which connects to the PS4 and can allow for an immersive gaming experience for a few titles, like Eve Valkyrie, which has been developed specifically for the platform.

The other consideration for Sony is 4K, the ultra-high-resolution standard that is currently dominating video entertainment content. 4K—4096 x 2160 pixels—is about four times the size of 1080p, which has long been the standard resolution for gaming and video. As such, it requires a lot more power to play and the updated internals of the rumoured PlayStation 4.5 would be built to deal with that.

The change from a regular, if lengthier, update schedule for consoles is interesting and ultimately shows that Sony and Microsoft are onto a good thing. Unlike Nintendo's Wii, high-end consoles have not been displaced by casual smartphone gaming. Since the iPhone cannot, and likely will not for a long time, offer anything close to the power of a PlayStation or Xbox, incrementally upgrading the console is a sound investment that consumers will likely buy into.

Sony has also been working to update the software on the PlayStation to work on cross-compatible games, which can be played online with PC games. This move makes the PlayStation more attractive current and prospective owners and effectively boxes Microsoft into incorporating the software for fear of looking insular.

Games, by and large, are fairly committed to their consoles thanks to the large price tag and differentiated experience that a PlayStation or Xbox brings. Unlike a PC, they are almost solely gaming machines, meaning that the core user base is committed to, well, gaming. This, in turn, could be why the PlayStation 4.5 is such a good idea: Games are committed to having the very best and updating a console to include the latest technology, even if the older console isn't exactly old, caters to this base's sensibilities.

Pricing could be an issue for Sony, however, but the company will likely take from Apple's playbook: New models are released with newer features and command the highest price but the older models remain at a lower price. Anyone looking to buy a PlayStation will be directed to the 4.5 and current users can still upgrade.

For its part, Microsoft has stayed quiet on the rumour it, too, is working on an Xbox 1.5—a continuation of the PlayStation's 4.5 naming theme—and it's unclear what exactly the company is planning.

All of this comes in the face of the Xbox selling less units than the PS4 and Microsoft has, in recent times, been focusing on getting Windows 10, the newest version of its operating system, onto the console. But, as I have said, gamers are very focused on hardware quality, and Microsoft will likely follow suit with an incrementally updated console.

Ultimately, the PlayStation 4.5 shows that Sony is leading from the front in the console industry. Rather than releasing a new console every four or five years, the rate of technological innovation requires a update—even a smallish one—on a more regular basis and, as Apple has shown with the iPhone, people are willing to buy a new device, even if their current one is just a few years old.