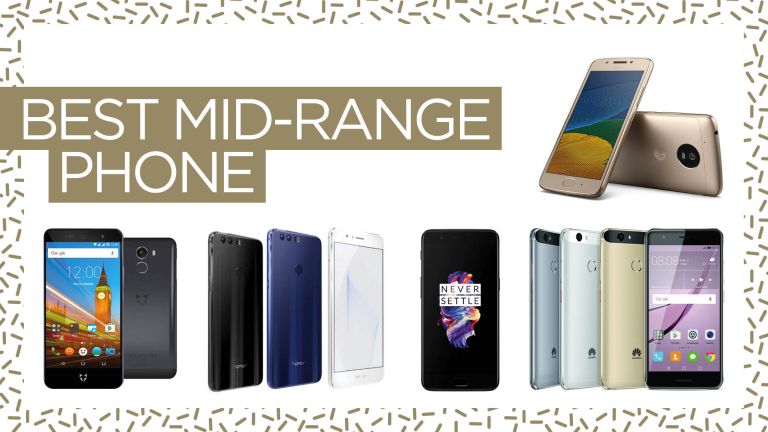 The T3 Awards, or the Oscars of Tech, as many call them – are now in their 11th year, and bigger than ever. Literally, in fact, as we have added a number of new categories this year to reflect the changing face of tech, including Best Mid-range Phone.

Why? Because in 2017 you no longer have to spend mega bucks to get a top class phone – great news!

All of the smartphones in this category are well designed, have lightning fast performance, and pack premium features, but crucially, all cost less than £500, with some costing way less.

The winner will be the mid-price mobile that delivers the most bang for your buck.

Coming in just under the £500 mark is the OnePlus 5. The brand has developed a cult following after becoming renowned for combining the latest specs with a price you can't argue with.

Its latest phone packs the Snapdragon 835 processor, 8GB of RAM and a nifty dual camera. It's not just the specs that make this phone; the all-aluminium chassis really gives the phone a premium look and feel.

The Honor 9 may just be the bargain of the century. With a Full HD 5.15-inch screen, Kirin 960 octa-core processor, 4GB RAM, and Android 7, it even has an impressive dual camera set up, with one 12MP colour sensor and one 20MP monochrome sensor for improved low-light performance.

When you consider all of that comes in at less than £400, that's a A LOT of phone for not very much money.

The Galaxy A3 is the smallest phone Samsung currently has in its Galaxy lineup, and it's a really nice design, giving the device a flagship look for a budget price tag.

The phone runs on an octa-core processor and has 2GB of RAM. The base storage can easily be expanded with a microSD card.

Perhaps best of all, the 2350 mAh battery can easily last for up to two days of normal usage. Hopefully not having to charge your smartphone at night won't take too much getting used to…

The Huawei Nova is a mid-range phone that features a few flagship extras, thrown in for extremely good measure, with a high-quality aluminium frame and a pretty decent camera.

It's a great size, and it's another one where the battery lasts longer than many of its competitors. For executive style on a budget, it's hard to beat.

The Motorola G series has always been a contender for the best budget/mid-range smartphone on the market, and the G5 is no exception.

No sacrifices have been made with screen resolution as the G5 rocks a 1080p display. UNder the hood, there's an octa-core CPU and 3GB of RAM.

The G5 just works so well, and certainly offers something special for the price.

WileyFox is a Great British brand, and the Swift 2 X is the company’s most accomplished phone yet. It's a very neatly designed, cool phone with a brilliant display and solid specs.

It's also among the last mobiles to use Cyanogen in its original form, making it one for the collectors.

Most of the winners are decided by the T3.com and T3 magazine teams, aided by a panel of expert judges from the tech biz. That includes this category.