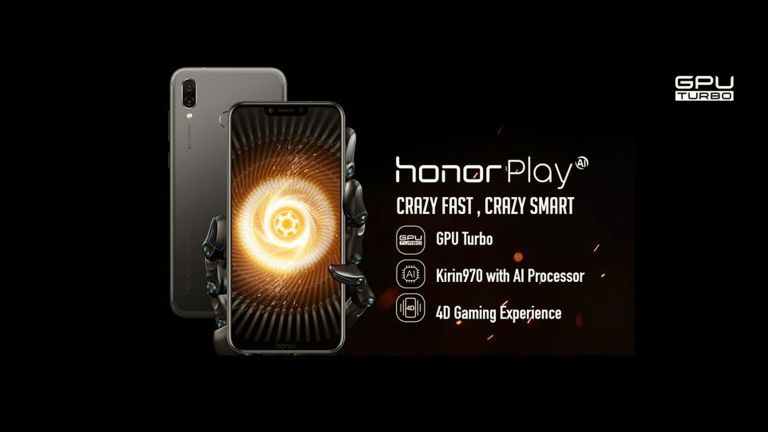 How much should you pay for a gaming smartphone? Five hundred dollars? Seven hundred? A thousand? Some firms will happily charge you that for their flagship phones. What they won’t happily do is tell you that you can get the same gaming performance for a lot less. And by “a lot less”, we really do mean “a lot”.

The Honor Play delivers the gaming performance you’d expect from a phone costing many times more. How? Because while many phones are smart, the Honor Play is smarter.

Performance without the price

It’s all down to something Honor calls GPU Turbo. It enables the Honor Play to massively outperform its rivals and punch way above its weight. For example in Mobile Legends you’d think you were playing on Samsung’s incredibly expensive S9.

So what is it? The official line is that GPU Turbo is a hardware-software integrated graphics processing acceleration technology. In plain English, that means it by optimising the hardware and software to make the GPU work smarter and more efficiently.

The results are very impressive. GPU Turbo delivers up to 60% more efficient graphic processing while improving energy efficiency by up to 30%. That means much faster performance without the battery hit you’ll find on some overclocked rivals.

Don’t just take our word for it. When Gamebench tested GPU Turbo on Mobile Legends, it achieved a super-stable 59fps with “rock-solid consistency”. Tested side by side with the iPhone X ((((THESE ARE HONOR’S PROVIDED FIGURES, I HAVE GRABS BUT NOT SOURCE)))) in Arena of Valor, the Honor achieved the same stable 60fps – and in Knives Out it achieved 60fps to the iPhone X’s 57fps. And it’s not just speed. The Honor Play has haptic feedback for 4D gaming, and 3D surround audio to put you right in the centre of the action.

Why spend a thousand bucks on a phone when the Honor Play delivers everything you need for so much less?

Great for games, and everything else

GPU Turbo doesn’t just deliver blistering gaming performance without the battery hit, although of course in games it improves every aspect from enemy AI to the framerate. It also improves everything else you do on your phone, from everyday activities to augmented and virtual reality. If it uses the GPU, GPU Turbo does it better – so for example you’ll really appreciate the silky smooth motion when you’re watching HD movies, as well as being able to watch an entire season of your favourite TV show from a single charge.

That battery efficiency really makes a difference. Say goodbye to battery anxiety when you’re out and about: with GPU Turbo you can be sure that your Honor Play can handle the most demanding days. That makes it an ideal partner for work as well as play.

That’s important, because the Honor Play can do serious too. Its octa-core Kirin processor is backed with a whopping 4GB of RAM to make light work of the toughest tasks, and its 16MP camera is great for shooting in broad daylight and low light too. There’s gesture and voice control for even faster operation, and it’s all wrapped in Honor’s excellent EMUI 8.2 Android overlay.

The Honor Play delivers everything you want – and that includes the price, at only €329.

• To find out more about the Honor Play and what it can do for you, click here.

This feature is sponsored by Honor