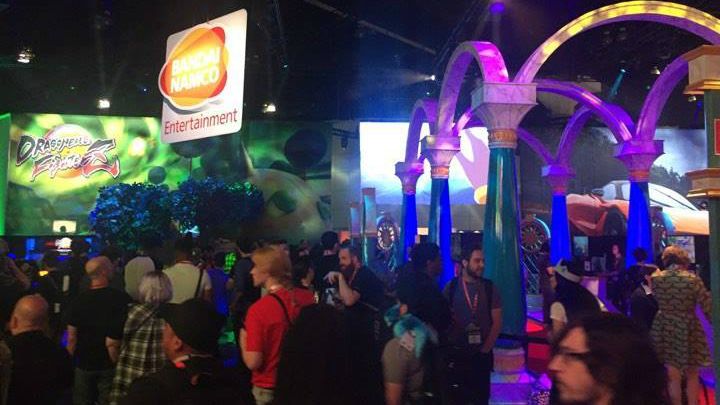 We left E3 last year with three days of deep inside coverage tucked under our belt here at T3.com and, looking at those reports today only one year later, we're really impressed at how near we went in predicting what would happen going forward into this year's show. (If you missed T3's 2016 E3 coverage check here for Day 1, Day 2 and Day 3).

The big step change in the industry that was noticeable first last year was the end of exclusive model and, only one year later, after checking around the booths and press conferences - even for the launch of an important console such as the Xbox One X (interestingly the name Scorpio was turned down for copyright issues), the so called 'exclusives' are or will be only temporary and rather limited (almost non-existent in general).

The second big thing was Sony betting on the PS4 Pro and PSVR to keep its accumulated advantage over Microsoft going. As we have seen, as early as last December's sales, both failed to succeed, and now the Oculus Rift and the HTC Vive are seen here as dead men walking: the only convincing exception to the contrary in 2017 still being Doom VFR and Fallout 4 VR.

The third note worth movement was the resurgence of the PC as a gaming platform (helped by Valve's Steam Machines) and with the release of Japanese killer applications and IPs usually available only on consoles. And now, what do we see? None other than something that had never happened before, we've got games like Tekken 7, Bayonetta and Vanquish all being released on PC. And those titles are just a little example of the trend.

Since the first day of 2016's E3 we predicted that this period would be remembered as a period of transition and, well... at E3 2017 that period is not yet over.

Why? Because for developers and gamers it is not yet clear where and how the industry will go to.

To be more precise, even if the new Xbox is clearly - on a technological level - a masterpiece in terms of study and miniaturisation, the console medium as we know it still today (console of $500 to buy + $60 per title to play) is outdated for developing costs, as the financial difficulties of the 'average Joe' both in the US and in Europe are really taking a toll on sales. In Japan, as you will know if you follow T3's Made in Japan section, the industry has already jolted fiercely towards mobile gaming.

As we predicted in April in a previous analysis on how the market will have to change to keep the actual (astronomical) R&D costs to develop a serious triple AAA+ title in check (approx $20~50 million), the console cost and royalty factor (to be paid to Sony and / or Microsoft etc) must be cancelled or the market will collapse.

To be more precise, it must be revisited with a logical solution, to remove the financial cost of a console itself from the equation, with gamers playing by remote over today's enhanced internet connections on mobile devices. Saving $499 for each gamer will mean - on the global scale - they will just have to pay for the usage of the game, giving them the chance therefore to play everywhere and with everybody, something still impossible today between PS4 users and PC gamers.

On this point, yesterday the Wall Street Journal agreed that the new Microsoft console, the Xbox One X, goes in this direction, leaning on the new Xbox Live 2-style service that will make Cloud Gaming its core. This is a natural progression that should be seen as a shift akin to when the original Xbox Live launched in the 2000s bringing at home the first real multiplayer experience for hardcore console players all around the world.

And this kind of explains the supposed mystery voiced by some commentators at the show that there have been few really new games announced and little even less experimentation because, as we said above, the costs for publishers are too high, expectations are arguably too high as well, and money is tighter now than ever before, so something must change to keep the market moving on.

Sony clearly, even if it is still in its leading position thanks to the PS4's excellent sales this year, is playing it super safe, even though it seems to be showing some impatience for not having been able to capitalise more on last year's dominance with its lineup (PS4 Pro in particular), and fears that next Xmas people may abandon their PS4 console (especially in the US) for the raw brutal 4K quality of the new Xbox One X.

On this point, I've heard many people from the press wondering if the system's real 4K with HDR technology can convince gamers to buy a new console. The answer is easy and simple. Yes.

Because we are talking about the same difference - on the technological field - that we used to have playing between a Full HD game (1080p) compared the heyday 'HD ready' quality (720p).

Who would want to spend a $69 price tag for a new Resident Evil or Fifa 18 and play it at a lower resolution? As we know PS4 Pro can not deliver a real 4K resolution, with some up-scaling trickery at play, and we're betting hardcore gamers are willing to spend their monthly wage on new 4K TV and Xbox One X to get that top-of-the-range experience.

Nintendo on the other hand, with its new President is clearly going back to its roots: smart enough to survive the momentum of change, and looking for a new bankable niche.

In less than two years the ex-Sanwa banker has dared where most has feared or failed, and as we know - as gamers - Nintendo in this period has made clear changes never seen before.

One clear example of these plays has been the new availability of its IPs such as Super Mario on smartphone, with the Big N greenlighting Niantic's phenomenal Pokémon Go game and republishing the Famicon/NES console (considered dead by game analists) as 'mini' versions at the incredible $69 price tag. These have been making money hand over fist where nobody believed it would be a profitable venture.

Kimishima's ruthless policy is paying off, there is no doubt about it, and he is doing it for real.

Kimishima knew since the beginning earnings would have not been as easy as in the past (just 30% at most), but his goal was and is to restore the still delicate financial situation of the Kyoto company. And sincerely, checking the annual report, he is doing a really good job. Without doubt, the fact that he was appointed at the time for the US operations by the former historical Nintendo president Yamauchi is not coincidence.

The so called 'Yamauchi Shadow', garnered due to his legendary knowledge of the overseas market, has given the heyday President what he needs to conquer the US market, and now he is what they need to reestablish the Big N for the next decade and repeat the success of the 1980s.

Even the announcement to use the movie business as a marketing tool (the same one announced by Sega some months ago) is once again the beginning of a new way of thinking at the Kansai's HQ.

Last but not least: the disappointment of fanboys is palpable here at E3 2017 and is clearly due to the lack of new titles, but that's to be expected due to the transitional period and the heavy omnipresence of the stock market on development today.

It is clearly evident right now that the edge funds just at the announcement of a possible delay (logically due to make a better game, or make modification to give a better experience for the players) compared to a well driven established old game play or roots (who guarantee the investment), is considered bad by stockholders and get punished with losses. Just see what happened some months ago to Capcom going back to its roots with Bio Hazard 7.

This situation is totally unacceptable and in one way or another must change otherwise we will find ourselves very quickly with a new 1983-style industry crash.

In the end who is the real winner of E3 2017 between Microsoft and Sony?

Once again PC & Windows 10 hands down.