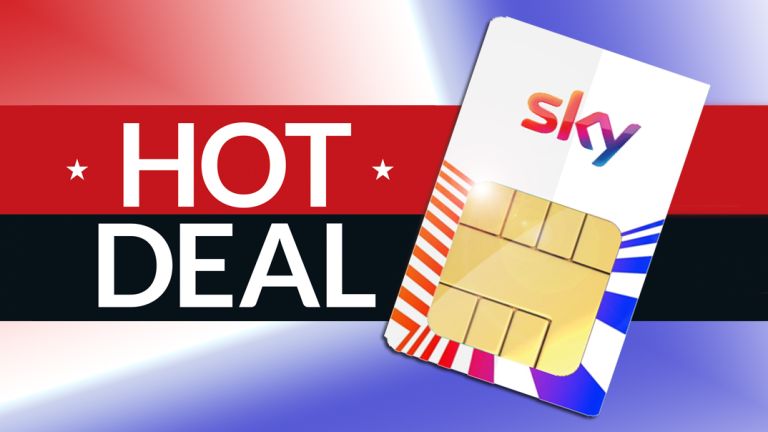 SIM only deals are great as they bag you significantly improved monthly allowances, which can even stretch to unlimited data, minutes and texts, for much less money than when shopping for a SIM plan with a handset.

Not every phone user needs massive or unlimited data, though, and that is where SIM only deals really come into their own, as they can deliver strong allowances at truly bargain basement prices.

Which is exactly what Sky Mobile are offering in this limited time SIM only deal — the plan delivers 10GB of data, as well as unlimited minutes and texts, for just £10 per month. That's the cost of two pints for an entire's month's worth of mobile phone usage, or roughly 33 pence per day. 33 pence!

We think this a great SIM only deal from Sky Mobile that should suit medium to light data users down to the ground. The full details of the deal can be viewed below:

SIM only  | 12 month plan | 10GB data | Unlimited calls and texts | £10 per month | Available now at Sky Mobile
If you're a medium strength data user and have been looking for a cheap SIM plan then this limited time deal from Sky is well worth a look. It delivers 10GB of data, as well as unlimited minutes and texts, for just £10 a month. Great value, but this deal's end date is set as Thursday, January 23, so there isn't much time to grab it.View Deal

Like the idea of upgrading your phone plan with a great SIM only deal but consider yourself a heavy data user? Well, in that case, it may be worth scoping out Three's epic unlimited everything deal. This deal bags you a SIM only plan that delivers unlimited minutes, texts and data for just £10 per month for the first six months of a 24-month contract, and then £20 per month for the final 18.

For anyone who finds themselves boxset binging on the commute frequently, as well as downloading 4K movies and streaming Ultra HD music 24/7, it is a fantastic SIM only option, as it completely removes the possibility of breaching any allowance cap. Unlike the Sky Mobile deal, though, it is a 24-month plan not a 12-month one.

SIM only | Unlimited data, texts and calls | £10 a month (for first 6 months, £20 per month afterwards | Contract length: 24 months | Available now at Three
Unlimited SIM only plans offer the ultimate in versatility and peace of mind, with you knowing each and every month that your phone usage, no matter what you do, will only cost what your plan costs. It allows you to kiss goodbye to nasty extra network charges - what you see is what you spend. And with this jaw-dropping SIM only deal from Three, what you spend is just £10 per month for six months, and then only £20 per month for the final 18. Simply jaw-dropping value.View Deal

For even more great SIM only deals, from Sky Mobile as well as every other UK mobile network in the UK, be sure to take a look at T3's awesome SIM only deal comparison tool below, which allows you to filter deals by price, allowances, network and much more.

Want a quality mobile phone to go with a quality SIM only deal? Well be sure to check out T3's awesome best phones, best Android phones, best cheap phones and best gaming phones guides for plenty of top-rated handsets.