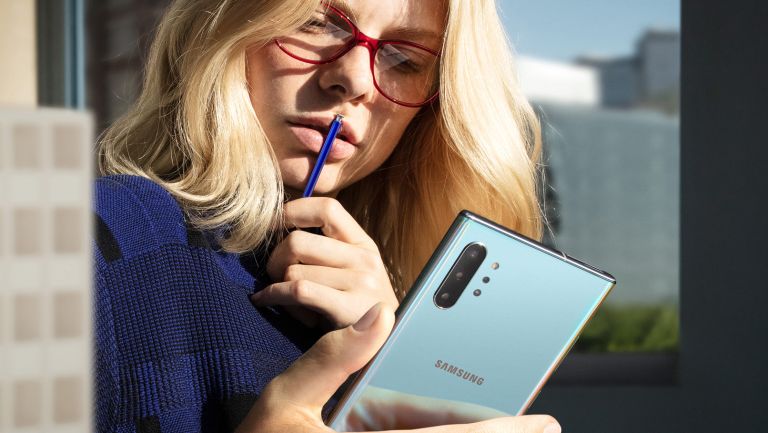 Samsung is working on a cheaper model of the Galaxy Note 10 that will launch in Europe, according to a new report. It's set to carry the model number SM-N770F and could be known as the Samsung Galaxy Note 10e (following the same branding Samsung adopted for the budget Samsung Galaxy S10e) when it hits the shelves.

It's a smart move. The base 4G model of the Samsung Galaxy Note 10, which comes bundled with 256GB of internal storage, is priced at an eye-watering £869 in the United Kingdom. That's an awful lot for what's considered the entry-level model, versus the £729 rival Apple asks for the basic 64GB of the brand new iPhone 11.

With the Google Pixel 4 rumoured to start even cheaper than the iPhone, Samsung would have no doubt lost out on a ton of sales due to the dramatically inflated asking price for even the most bottom-end Galaxy Note 10 variant if it wasn't working on a more affordable handset to draw cost-conscious customers in.

Unfortunately, nothing is known about the handset other than that it will be available in both black and red colour variants and will come with 128GB of storage to boot when it launches in the near future. However, Samsung has probably had to make a few more compromises to relegate the handset to the budget league.

Our money's on a watered down camera setup and a lower-resolution screen. Some have speculated we could even see a drop in RAM and a slower processor – although that seems unlikely considering the Galaxy S10e is the exact same as the Galaxy S10 in this regard. But who knows? Maybe Samsung wants to make this ultra cheap.

Calls:
+ to/from Canada & Mexico
Texts:
Nationwide & International Text to over 200 countries in the world
Data:
If network is congested, users may notice reduced speeds
View
at
Verizon Wireless
We check over 130 million products every day for the best prices
View All Deals
powered by