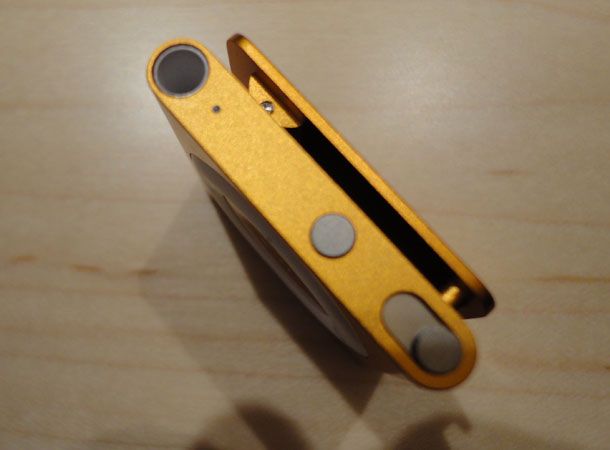 Best of both for new Shuffle

Apple has unveiled an updated fourth gen version of the iPod Shuffle at its 'Special Event' in San Francisco, combining the best aspects of the previous two generations into a new micro portable device.

Returning the clickable 'ring' of buttons seen in the second generation Shuffle, Apple has combined the solid-state controls with the VoiceOver technology seen in the third gen device to create a new Shuffle which will support the best of both technologies when it hits stores next week.

The new iPod Shuffle, which will support the popular iTunes feature Genius Mixes for the first time is available five colours and can bepre-ordered today at just £39 ahead of shipping early next week.

Although given the cold shoulder by Apple in terms of an update, the iPod Classic should not be shunned by consumers in the lead up to the festive period. Despite not offering the feast of tech delights found in the new Touch, the 160GB Classic is now available for just £193.

For all the latest news and reviews on the updated range of Apple iPods, check back to T3.com or sign up to the T3 Twitter and Facebook accounts.