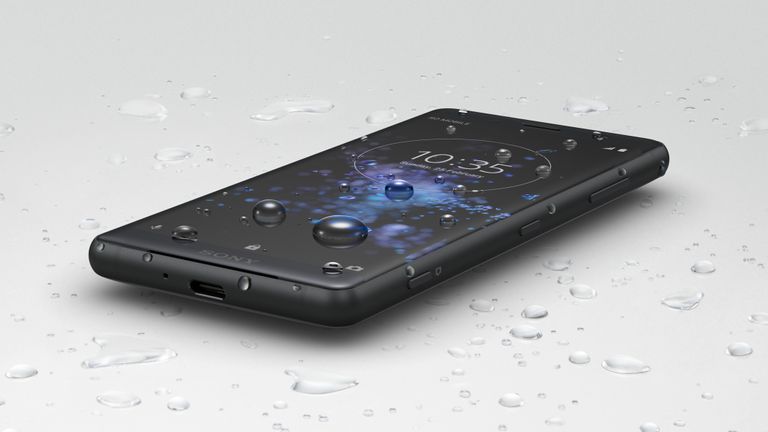 There's something beautiful about the best small phone, especially as the world moves increasingly towards favouring handsets that are frankly huge. That's why we at T3 have put together a comprehensive list of the best small phones, covering a range of different manufacturers – Samsung, Nokia, and Apple, among them – and price points.

Pick one of the best small phones of 2020 and you'll have more room in your bags and your pockets and less strain on your thumbs, and you can even save some money along the way too. Have a rummage through the New Year sales deals and you'll find some of these going cheap.

These really are the best compact phones on the market today. So, without further ado, here are the handsets deliver fantastic mobile phone experiences but in a modestly-sized form factor.

The best small phone with the most power

With a screen size of 5.8 inches, we can't pretend that the Samsung Galaxy S10e is a super-compact phone, but remember there's very little in the way of bezels – the overall chassis size means this is still one of the best small phones in the business.

And as well as a small-ish size, you also get the very best specs and performance that Samsung is able to offer in 2019. Under the hood there's a Snapdragon 855 or Exynos 9820 processor, depending on your region, and that's paired with up to 8GB of RAM and up to 256GB of storage (which you can also expand).

Add in the fetching array of colours that the Samsung Galaxy S10e can be had in, and this is a great overall package for people wanting a smaller phone. It's not exactly cheap, but it is cheaper than the other Galaxy S10 models.

The best small phone for those on a budget

+Premium finish for a budget phone+Won't cost you much

Under the guidance of HMD Global, Nokia has once again been making a name for itself in the smartphone market, this time with a series of powerful yet simple handsets that stick to the basics and do them well, on top of providing a clean and speedy version of Android.

Included in this slow and steady rebirth is the Nokia 5.1, which with a screen size of 5.5 inches just qualifies for this particular roundup. It's not the fastest or best-looking handset you're going to find, but it's great value and it's easy to use with just one of your hands.

You're probably going to want to invest in a microSD card to get a usable amount of room on here, but other than that this is a solid budget phone from Nokia. It's a little older now so if you can't find it, check out the other models in Nokia's line-up.

A modestly-sized phone that delivers a premium iPhone experience

Now that Apple has decided to cut the iPhone SE from its line up (you might still be able to find the 4-incher second-hand), the 5.8-inch iPhone XS is the smallest iPhone out at the moment, when it comes to the current generation of Apple handsets.

While the screen is substantially bigger than the 4.7 inches of the iPhone 8 (see below), this phone gets rid of the bezels and adds a notch, so the overall size isn't much different. You might not be able to use it one-handed all the time, but it still counts as a compact.

And it's a powerful compact too: the latest Apple A12 Bionic processor, a dual-lens camera around the back, all the good stuff that iOS 12 brings with it and more. Let's hope Apple eventually sees sense and brings out an iPhone SE 2.

Maybe Sony doesn't shift as many handsets as the likes of Apple or Samsung, but it does make one of the very best small phones in the shape of the Xperia XZ2 Compact. With some top-notch hardware packed inside, it has a screen size of just 5 inches diagonally.

Admittedly the design isn't the most innovative or svelte that you're going to come across this year, but if you're looking for a lot of power from something that's still going to fit in your pocket, give it a look (the top-end Snapdragon 845 is the chipset running everything).

This being Sony, you know the 19-megapixel rear camera is going to serve you well, and the phone comes with some useful extras too, like an IP68 rating for protection against water and dust. Oh, and you can get the handset in four rather fetching colours as well.

While the Pixel 3 has a bigger screen than the Pixel 2 that came before it, thanks to some smart bezel-shrinking tricks deployed by Google, the overall size of the phone remains roughly the same. It's a great small Android phone.

Under the hood, the components in the Pixel 3 are exactly the same as those in the Pixel 3 XL: a Snapdragon 845 processor, 4GB of RAM, either 64GB or 128GB of internal storage, and so on. The key difference is the display and the overall size is smaller.

As well as the hardware you get Google's slick Pixel-ised version of Android, and a hugely impressive single-lens rear camera that uses AI smarts to get winning photos every time. With the Pixel 3 you don't have to compromise on power and performance to get a small-ish phone.

A small but powerful iPhone experience

The 4.7-inch iPhone 8 remains on sale, even after the launch of the iPhone XS. It's not an ultra-compact handset, but it's still smaller than a lot of the phone displays you'll come across in 2019, so it gets a spot on our list.

Remember the iPhone 8 has exactly the same guts as the iPhone X launched in the same year, so all you're really missing out on is the Face ID unlock technology and a notch at the top of the display. The camera's only a single-lens snapper too, but it still capture some very impressive photos.

The iPhone 8 runs the latest iOS 12 software, and will last you for several years in all its compact glory. New iPhones will be appearing in September, but that's always the case – don't let that put you off buying this.

Completing our run-down of the best small phones is one of the cheapest, coming straight to us from HMD Global's Nokia partnership. The 3.1, complete with a screen that's just a shade over five inches, is a charming little device that won't break your bank, setting you back about £150 from most good retailers.

While this isn't the best-specced phone on the list, it does come with Android One, meaning you get all the features of bigger phones, alongside a sturdy camera that worked well in our tests. The unique 18:9 aspect ratio of the display makes it more-than-ideal for watching Netflix, too.

Like the Nokia 5.1, we recommend you invest in a sizeable microSD for this device as well as buying the slightly faster 32GB model that comes with 3GB.