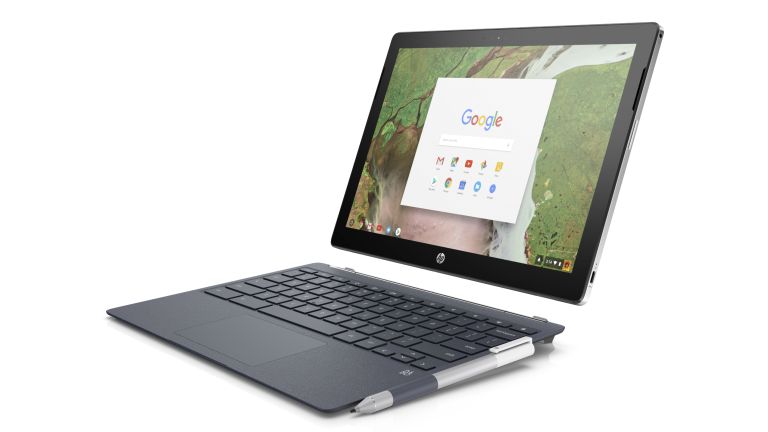 Welcome to T3's best Chromebooks guide, which has been put together in order to help anyone thinking of buying a Chromebook to narrow down which model will be perfect for them. As such, our Chromebook guide is filled with a wide-variety of systems at various price points and with varying usage scenarios in mind.

And, the truth is, if you're in the market for a laptop that's versatile, fast and mostly inexpensive, Chromebooks are often a really great alternative. As an Android device they're powered up by Google's raft of online services, so there's no need to download any additional software.

The problem is there's often so many of them on the market, it's hard to know where to start — but that is where T3 can help with our best Chromebooks 2020 guide. From powerhouses to plucky 2-in-1s, we've got a lightweight Android device that's bound to meet your specs and aesthetics requirements.

The best Chromebooks you can buy today

The best Chromebook for everyday use

Dell has always got the Chromebook ethos, and its latest Chromebook 14 7000 is the perfect blend of performance and style. It's not cheap, but it gives you just about everything you could want from a Chromebook, including support for Android apps.

The specs are good enough for everything to run smoothly without being too much than a Chromebook really needs, and the storage and graphics processing are both above average. It also looks the part, with the 2-in-1 folding form factor adding versatility.

The best Chromebook for fans of premium hardware

+Plenty of power+Looks very nice for a Chromebook

There are fewer premium Chromebooks than there are budget Chromebooks, but the HP x2 Chromebook definitely appeals if you're happy to spend whatever it takes. With stylish looks and sound by Bang & Olufsen, plus a 2-in-1 form factor, it oozes sophistication.

In fact, the screen fully detaches – it's perfect if you want to swap between a tablet and a laptop, Microsoft Surface-style, and the Active Pen stylus is bundled with the package. For its power and versatility, if not its price, it's our favourite Chromebook at the moment.

The best Chromebook for value for money

There's been a trend for Chromebooks to pack in more powerful specs and a greater amount of storage than is strictly necessary, but the Acer Chromebook 514 pares that back to give you the basics, reducing the price accordingly – though it's definitely no slouch.

These components should be more than enough to keep Chrome OS running smoothly for years to come, and in terms of the design the laptop manages to blend style and functionality rather well. There's full support for Android apps from the Play Store as well.

The best Chromebook for mixing style with power

With its elegant looks, a screen that you can 'flip' (to stand up or lie flat against the keyboard), and support for Android apps, the Flip C434 from Asus is undoubtedly one of the best Chromebooks money can buy in 2020. For some of you, it may even be the best.

The 87 percent screen-to-body ratio is worthy of a premium Windows laptop and looks great running Chrome OS, while the internal specs can be set to suit you: an m3, i5 or i7 processor, up to 8GB of RAM, and up to 128GB of internal storage give you lots of choice.

The best Chromebook from Google

The Google Pixelbook is getting on for two years old – that doesn't matter so much with Chrome OS, but it does mean a replacement might be imminent. Even in 2020 though, the Pixelbook can hold its own against the best Chromebooks currently on the market.

It has just about everything: solid specs, a touchscreen, stylus support, support for Android apps, and a lovely looking screen (that can be folded back to form a makeshift tablet). We'd love to see a Pixelbook 3 make an appearance sometime in the future.

The Acer Chromebook R13 is not the best looking Chromebook, or the most powerful, or the most versatile – but it does enough stuff well to make it worth an entry on our best Chromebooks of 2020 list, including offering an impressive 12 hours of battery life.

The 2-in-1 form factor means you can use it in tent or tablet configurations too, and the 13.3-inch screen is bigger than you would normally get at this sort of price. Like all modern Chromebooks, it supports Android apps, so you can use it like a big Android phone too.

The best Chromebook for a big screen experience

If you want a big screen Chromebook, you don't have too many options open to you, and the Asus C523 Chromebook is definitely one of the leading models – it's that 15.6-inch screen that really earns it a place on our list of the best Chromebooks of 2020 right now.

Of course you lose some portability, but there's plenty of space for webpages and Android apps, even if the resolution could be a little sharper. Despite that larger-than-normal screen, the price remains reasonable, and you get plenty of ports to play with as well.

The best Chromebook for portable versatility

If you want a Chromebook that's very portable but also very versatile – and which comes with a stylus too – then the Acer Spin 11 fits the bill very nicely. It reminds you that Chromebooks are supposed to be fun, and runs Android apps very well at the same time.

Okay you don't get the best specs out there, with the screen resolution and internal storage the lowlights, but this is still very usable and is going to give you several years of good service. A true alternative to what Windows and macOS laptops have to offer.

The best Chromebook for the kids

With its compact screen and rugged exterior, it's great for throwing in a backpack and taking on the road, or for passing on to the kids. It would make a great second computer, for example, if you need to do some emailing or word processing while you're on the go.

An ultra-versatile model from Samsung

Samsung is making some headway into the Chromebook market with this 2-in-1 offering. The Samsung Chromebook Pro offers a lot of versatility for a Chromebook, fully embracing the Android platform with lots of app support a built-in stylus that makes it ideal for more creative tasks. The hinges also turn 360-degrees so you can use the screen in a tablet format.

With that lovely 12.3-inch QHD touchscreen, and a really well-built chassis overall, the Chromebook Pro takes all the design qualities Samsung is known for elsewhere and injects it into Chromebook form. The battery life could be a little better (it tops out at around nine hours if use moderately) and the keyboard could be a tad faster in responsiveness, but as a versatile 2-in-1 package this is a real contender in the Chromebook market.

How to choose the best Chromebook for you

These days, most of our computing happens in a browser. Most apps can be replicated online, through a browser, in some form or other too. So in fact, cloud-based Chromebooks make a lot more sense than they might do at first.

The Chromebooks of 2020 have learned a few tricks from Windows laptops too: some fold over to double as tablets, some sport all-day battery life, and some have upgraded internals on a par with a Windows 10 machine, for example.

What's more, most new Chromebooks that appear on the scene now come with support for Android's huge library of apps as well. If there's something you need to do that can't be done through the browser, maybe you can find an Android app to help.

When it comes to specs, these aren't quite as important as they are for Windows or MacBook laptops, but you'll still want a generous serving of processor speed and RAM, particularly if Android apps are involved.

One of the key specs to look out for is screen size, as this will determine how much room you've got for webpages and apps, and how easy (or otherwise) it is to lug your Chromebook around.

Ultimately the reasons to buy a Chromebook are that they offer secure, lightweight systems that are always kept right up to date. Say your Chromebook gets stolen – replace it with another, log in, and everything will still be where you left it in the cloud.

Chromebooks have also become hugely important for education. Long battery life, low costs, and a decent suite of office apps mean that for cash-strapped students in need of a reliable work computer, they're absolutely ideal.