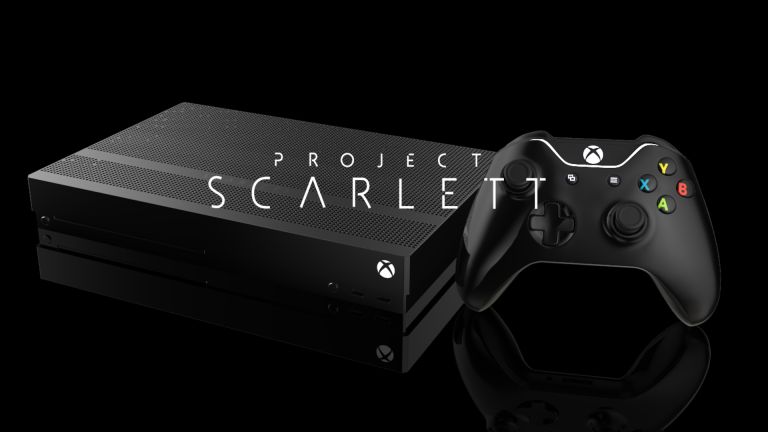 Gears of War 5's technical art director Colin Penty has confirmed that the Xbox Series X will have dedicated ray-tracing hardware. The feature has already been confirmed for Microsoft's next-gen console, along with the ability to support 8K and 120 fps. Penty's comments provide a fuller picture as to how Microsoft plans to hit the level of the performance that it's been teasing for the next Xbox console.

Penty shared the tidbit in a Gamespot interview about Gears 5. While he didn't open up about the studio's plans for the next instalment in the series that will inevitably be releasing on the Xbox Series X, he was more than enthused about the console's impending release, saying that he's "excited" about its launch.

"We don’t have anything to announce right now in terms of Gears with the new hardware," he said, when asked about the future of the franchise and his thoughts on the huge increase in power that the Scarlett will provide, "but I’m definitely super excited about what the new hardware could do. Having dedicated ray-tracing hardware is huge."

Not to be outdone, Sony's PlayStation 5 will also feature ray-tracing which will presumably be achieved through its own dedicated hardware also.  It's certainly the buzzword of next-gen, in much the same way that 4K was a much-lauded feature with the current generation of consoles.

Both the Xbox Series X and PS5 will be using AMD’s 7nm chips, and while Microsoft has said that its new kit will be capable of "real-time" ray-tracing "because it’s hardware-accelerated, for the first time ever," it's not been made clear whether that will be a product of the AMD processor, or facilitated by a separate processor entirely.

The current Navi graphics cards don't support hardware ray-tracing, but the RDNA 2 cards - which will be rolling out next year according to a leaked roadmap (via TechRadar) may be sporting this feature, giving the Nvidia Turing a run for its money. If that's the case, we may see the RDNA 2 buried in the Scarlett's innards, rather than the first generation RDNA card.

The Scarlett's custom designed processor boasts the “latest zen 2 and Navi technology” and given the reported 2020 launch date of the RDNA 2, it's hard to say which of the graphics cards is being referred to by Microsoft.

While the price hasn't been confirmed just yet, with all of that power stuffed into the box, it's hard to imagine a price tag that won't require a spit take. Both the Xbox Series X and PS5 are set to hit the market next year, and we suggest you start saving those pennies now, to make it less of a strain on your wallet later on.