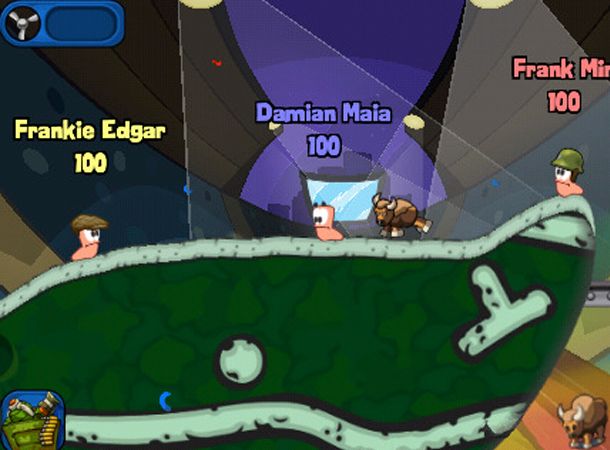 Prepare to begin the earthworm genocide once again.

Get ready to arm your favourite homicidal soil-burrowing creatures with a new array of weaponry as Worms 2: Armageddon arrives on the iPhone, iPad and iPod touch.

There are 30 single player campaign missions to survive across five new themes; Manhattan, Medieval, Sports, Construction and Cheese. There's also a multiplayer mode allowing users to play via Bluetooth or online via Wi-Fi.

The sequel promises a refined control system, cartoon-like graphics, customisable characters and a Body Count mode in which players need to defeat endless oncoming enemies, which become increasingly harder to maim as the level continues.

Worms 2: Armageddon is available to download now from the Apple App Store for £2.99.