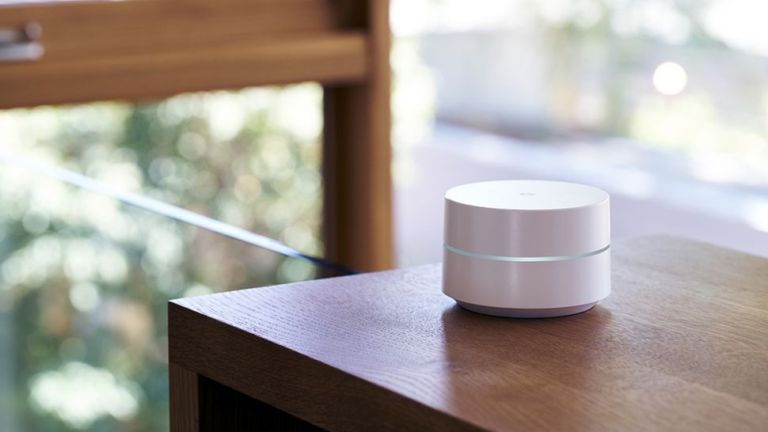 There's a new buzz phrase in networking: mesh Wi-Fi. But what is a mesh? And why would you want one stretching across your home? Here we'll explain some of the concepts behind the technology, and show you some of the mesh Wi-Fi kit you can already buy.

Thankfully wireless networking has come a long way in the last few years, and you no longer need a degree in IT to be able to understand it. The bottom line is that mesh Wi-Fi gives you a stronger connection more of the time, wherever you are - here's how it works.

Today's Wi-Fi systems are faster and more stable than ever before, though that doesn't mean they're completely without their problems:  ever tried to get Wi-Fi in the attic bedroom? Or noticed your connection drop as soon as you sit down behind the fish tank in the living room?

Unless you live in a very small apartment chances are you experienced some level of problems with dead spots and dropping Wi-Fi and that's where mesh network in comes in - It's main aim is to make sure that you're never without a signal.

That doesn't mean  it's right for everyone though, and we'll explain more about that below. If you and your broadband are getting along just fine then you don't need to worry about mesh Wi-Fi at the moment, or for a good few years yet.

You might also find mesh networking thrust upon you by your Internet Service Provider:  sign up for Sky Q, for example, and each of the mini boxes in your home doubles up as a mesh Wi-Fi hotspot. If your ISP offers you a router upgrade in the near future keep an eye on whether it includes a mesh component as well.

Dive into the mesh

So what exactly is mesh networking, or mesh Wi-Fi, or whatever it happens to be called? The basic idea is that Instead of just having one router blasting out Wi-Fi, you've got a series of boxes covering your home, which should mean faster speeds and no dead spots. The signal can effectively piggyback off several devices.

It's not a completely new Idea either - mesh networking has already been used for years in hospitals, on military sites, and so on, anywhere where staying connected is crucial. It's only recently, however, that the kit has become cheap and useful enough to be viable in a home setting as well.

All of the separate 'nodes' in your mesh Wi-Fi network communicate with each other and boost the Wi-Fi signal. As you move around your home, your devices switch from node to node, though from your perspective the transfers should be seamless - all you notice in theory is consistently strong broadband.

They work little like the Wi-Fi extenders you can also buy today, but they promise faster speeds and more comprehensive coverage for your wireless network -  they have smarter technology built in and are usually much easier to set up too.

The number of mesh networking packs available to consumers has risen sharply in the last year or so. Eero is one of the more well-established names in mesh Wi-Fi, and you can pick up one of its kits from $299 (about £230) and up - though they're not sold directly in the UK at the moment.

The Netgear Orbi pack is sold in the UK, and can be yours for £249.99 ($299.99) or up. As with most of these kits, you can pay more and get more nodes depending on the size of your house - check the specs to see how much square footage they cover.

One of the biggest names to join the mesh networking fray so far is Google, and we took a look at its hardware earlier this year - we're pleased to report it passed the T3 test with flying colours, thanks to high speeds, solid coverage, and an app that tells you how fast your Wi-Fi is (and where to place the nodes). Each puck costs £129 ($129 in the US).

More and more mesh networking kits are appearing all the time, with the likes of Plume, Luma, Linksys and other companies all now getting involved. We've already mentioned Sky too, which provides mesh networking as part of its Sky Q TV package.

Mesh Wi-Fi sounds fantastic in theory - and it often is in practice - but it's not for everyone. Your first consideration is cost: these kits don't come cheap, especially if you have to pay for multiple nodes, and your ISP is already giving you a router for free.

You're going to get most value for your money if you've already got multiple Wi-Fi dead spots in your home for whatever reason - otherwise you're not likely to notice much of a difference in terms of Wi-Fi speed and availability to what you've already got. That said, many mesh networking systems come with extras like smartphone app control, so it might still be worth upgrading.

Don't forget you've got other, less expensive options for improving Wi-Fi coverage, including Powerline networking plugs and the Wi-Fi extenders we've already mentioned. Even if mesh Wi-Fi is a better option for the majority, something else might be preferable for your Wi-Fi setup.

With the likes of Google, Sky, Netgear and others all jumping on the mesh Wi-Fi bandwagon, there's no doubt this is the future of Wi-Fi - smart, strong, and available everywhere. At this point in time though, only those with the deepest pockets or the worst Wi-Fi problems need to upgrade right away.