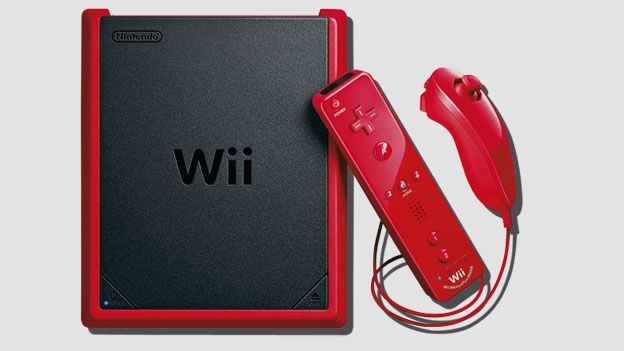 According to a study conducted by VoucherCodesPro.co.uk, which polled 1,003 adult gamers in the UK - a third of those asked said they "don't see the point" of Nintendo's new Wii Mini console.

Despite boasting a splash of SNES-inspired red paint, the Wii Mini has dropped internet connectivity and the ability to play old GameCube games. There's also no SD card slot and only a single USB port.

That does mean that the price has been knocked down to £80 on GAME and Amazon. But apparently that still hasn't convinced those hardcase survey respondents - have of whom said it was just a case of rehashing an old console.

“It seems that despite the release of the Wii U and with the recent announcement of the PS4 and the anticipated Xbox 720, Nintendo still felt the need to get in there with another release. Unfortunately for them, gamers just aren't bothered; according to our poll at least,” said George Charles of VoucherCodesPro.

The gamers that indicated their displeasure with Nintendo's latest offering were asked to select the reasons for their lack of enthusiasm. They were allowed to select more than one answer and here were the top five:

Don't see the point - 74%
No advance in graphics - 56%
Just rehashing an old console, not a technological advancement- 49%
Small size not a big enough selling point- 47%
Already own an original Wii - 42%

The console itself will go on sale on March 22 here in the UK at the aforementioned price of £80. While that's pretty cheap for a console - it's still more than they're paying in Canada where the console costs CAN$99 - roughly £64.

“It's an exciting time for gamers who've been waiting several years for the next big console release. But the Wii Mini doesn't carry the same gravitas. With no anticipation of improved graphics and no real advance on the original console, is it the case of flogging a dead horse?” Mr Charles said.

And, what's more, you won't get any games bundled in for that - although Ninty is releasing a few new titles (like Mario Party 8) to coincide with the launch.

T3 reckons it's somewhat unlikely the Wii Mini will match the nearly 100 million sales of the original Wii - but we're keen to hear your thoughts on the new console. What do you reckon? Will you buy one? Gamers of the world, let us know.