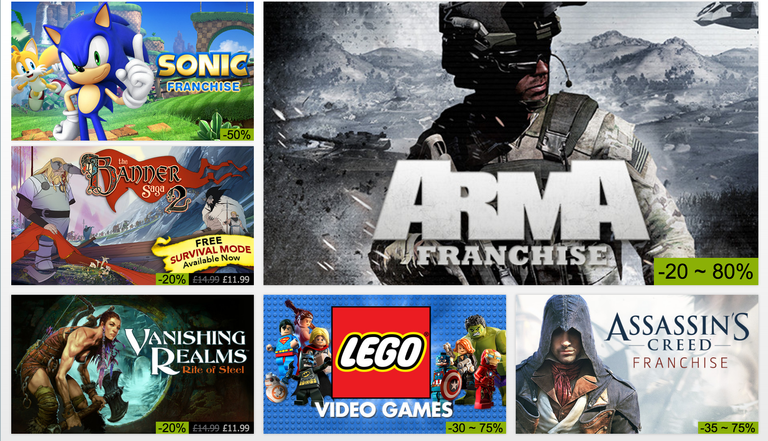 Summer is here and that means one thing. No not going on holiday, not getting a tan, it means discounted games of course!

Your backlog is already big enough, but we know that isn't going to stop you getting your hands on some of the greatest triple A games at heavily discounted prices. Here at T3 we've picked our favourites from the myriad of cheap titles.

Call of Duty Definitive Collection - features 10 titles and a ton of DLC for £154.99

Sonic Games Collection - features 18 games in one from the Hedgehog for half off, making it £38.99

Dishonoured - this great game is now half off, making it £3.99

These are just some of the amazing deals in the sale, head over to Steam yourself to catch the rest.

Read more: T3 Opinion: Did Xbox Scorpio just take PlayStation Neo back to the drawing board?