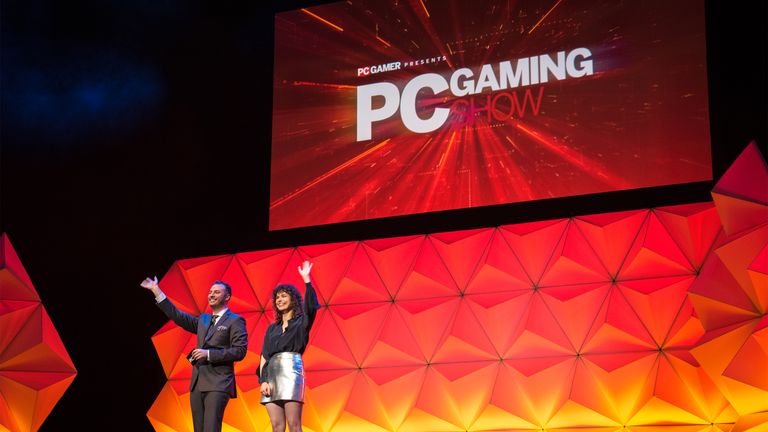 Our colleagues at PC Gamer have just announced the details of this year's PC Gaming Show, the annual E3 showcase of exciting, unrevealed PC games and hardware.

Hosted once again by Sean "Day" Plott and esports presenter Frankie Ward, this year's event will once again showcase a lineup of trailers, developer interviews, and never-before-seen PC games.

"This year's livestream will present more announcements and new trailers than any previous PC Gaming Show," says PC Gamer Global Editor-in-Chief Evan Lahti. "From brilliant indies to studios that have shaped PC gaming for decades, we're excited to showcase what's next for the world's most vibrant gaming platform."

You can watch live from Los Angeles on June 10 at 10 AM PDT on twitch.tv/pcgamer, or reserve tickets and attend in-person at pcgamingshow.com.