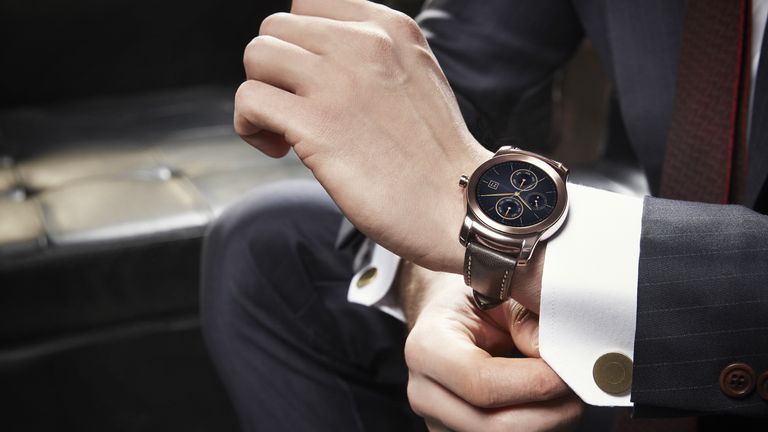 The Apple Watch goes on sale on Friday, but won't actually be in shops until June, according to a leaked memo. But there's good news if you need your smartwatch fix before then: LG's Watch Urbane will go on sale a week tomorrow, and for way cheaper than the most affordable Apple Watch.

Update: LG has now confirmed the Watch Urbane will be avaliable in the UK Google Play Store before the end of the month. It hasn't announced an official date yet but has said it will be in the online store starting this month, considering there's only a week left of April it's not going to be long to wait.

In case you missed it, the Watch Urbane is LG's take on a high-end time-teller. It has a stainless steel case with either a gold or silver finish, and the same 1.3-inch round P-OLED display as its stablemate, the G Watch R. It comes with a stitched leather strap, but also takes any other 22mm one. So you can snap on that alligator one, if you so wish.

It's dust-resistant, and waterproof to 1 metre for up to 30 minutes.

Inside is a 1.2GHz quad-core processor and 512MB of RAM. It runs Google's Android Wear operating system, which is optimised for wearables. At the moment, that means it's only compatible with Android phones, but there are murmurings that Google will open up Android Wear to work with iOS devices too. Which would enlarge the OS's appeal – and its potential user base – significantly.

So, just over a week to go. As an aside, in the announcement blog post Clove managed to get the device's name wrong on three separate occasions ('LG Urbane'; 'LG G Watch Urbane'; 'Urabne'). It also spelled 'The' as 'Th' and 'you' as 'yu'. You pays yer money...