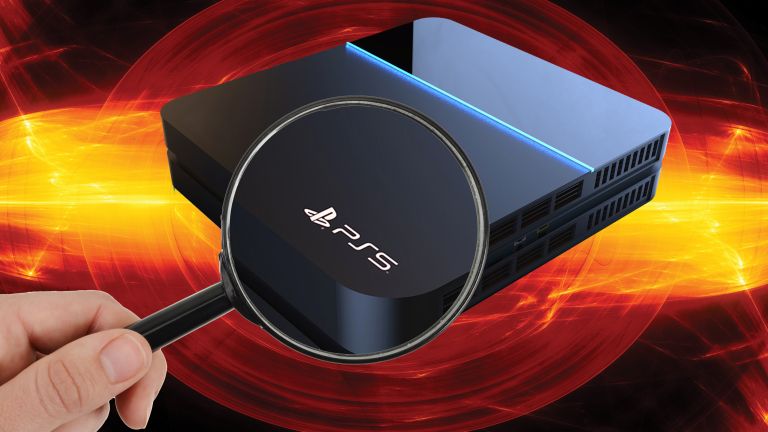 Gamers have just made a remarkably bonkers PS5 discovery that hints at the sort of esteem and prestige Sony has attached to its forthcoming PlayStation 5 console.

And, despite T3 reporting on the next PlayStation's developments for years, this new so-obvious-it-hurts discovery has completely alluded us until now.

Indeed, if you look back over the past couple of years, a very clear pattern emerges, and one that points to only one thing — the Sony PlayStation 5.

The discovery started over a week ago, when reliable Japanese gaming hardware leakster @Komachi_Ensaka posted clock speeds for "Oberon A0", which is a code name for a piece of hardware (a GPU almost certainly) supposedly associated with the PS5. The three different clock speeds shown in the tweet supposedly represented the PS5, PS4 Pro, and PS4, and hinted at how the next PlayStation will be able to act like the current hardware to enable backwards compatibility.

However, while the clock speeds were certainly illuminating, the name "Oberon A0" struck a chord too, as on the same day Komachi tweeted this, the Twitter users also drew together a bunch of previously reported codenames associated with the PS5.

And that's when the pattern started to emerge.

In the tweet, Komachi lists the codenames Arden, Ariel, and Oberon, before checking with social media users to check he was correct in thinking that each of these names has a link to famous English playwright William Shakespeare.

Twitter use @ziv_riger then stepped up to the plate and confirmed all these names are indeed connected with Shakespeare, while also drawing yet another codename associated with the PS5, "Gonzalo", into the pattern, with the latter a character in Shakespeare's play The Tempest.

Oberon is the king of the fairies in a shakespeare story, Arden is a series of books from shakespeare, Argalus seems to be a "Reproduction of the original in the Folger Shakespeare Library", Gonzalo is a character from shakespeare's the tempestAugust 12, 2019

Ariel, Oberon, and Gonzalo are all characters from Shakespeare plays, while Arden is a collection of scholarly editions of the playwright's works. And each one of these code names has been connected to the PS5 over the past 18 months, as was then noted on Reddit. The rabbit hole goes deeper, though…

As you'll already know, both Ariel and Gonzalo are characters in one Shakespeare play, The Tempest, with the former being a spirit of great magic, and the latter a noble man of honesty and integrity.

Oberon meanwhile, the name that is currently most associated with the PS5 in terms of underground leaks and whispers, comes from Shakespeare's A Midsummer Night's Dream, and is the all-powerful king of the fairies that is unmatched by any.

All of which has led to gamers to query exactly what is meant by the pattern. The Tempest is a masterwork, so clearly the PlayStation 5 project is considered important, and it's also one of the most mature and complex of Shakespeare's works, too, which makes sense considering that Sony has been building consoles a long time and this new one is the most technically impressive ever.

Ariel and Gonzalo, meanwhile, are key protagonists in the play and who without it could not progress (indeed, Gonzalo is considered the mouthpiece of the play, while it is Ariel who brings forth the play's actual tempest). And this translates to the next PlayStation well considering that Gonzalo has been connected with the PS5's APU "tech heart", and Ariel linked to the PlayStation 5's custom graphics silicon, two things fundamental to the console.

And with Oberon supposedly the 2GHz custom GPU set to deliver the PS5's ray tracing, 120Hz, 4K+ graphical power, it makes perfect sense that that piece of hardware is named after the most powerful magical creature of all in the world of Shakespeare.

Here at T3, while we are not sure that too much can be read into this apparent pattern, we can't wait for the PS5, which is slated for release currently at the PlayStation Meeting event next year on February 21, 2020, and hopefully it will be every bit as powerful, regal, and magical as its various code names suggest it will be.