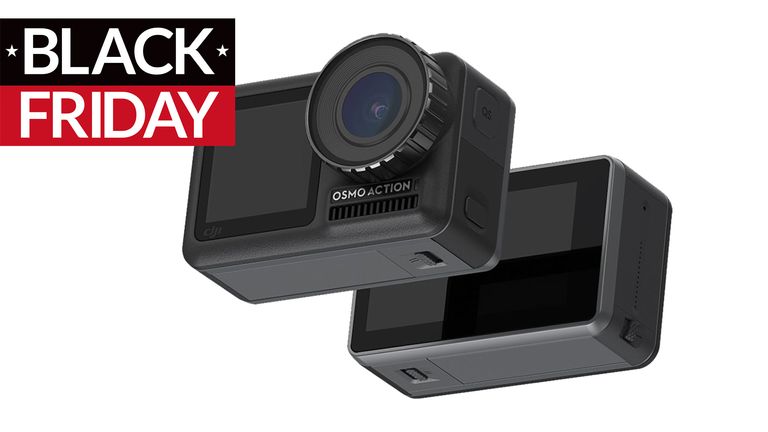 Here are T3 we were incredibly excited by the release of DJI’s debut action camera, just a few months ago. Today, were are even more excited about the epic DJI Osmo Action deals we're seeing this Black Friday.

For years GoPro has been the uncontested name at the top of most lists of the best action cameras on the market. While the coveted top spot did go to GoPro Hero 8, it wasn't a clear-cut choice: DJI's Osmo Action was a real contender.

The most impressive feature of the DJI Osmo Action camera, and what makes this Black Friday price particularly lust-worthy, is the screen. Yes, it has a standard touchscreen at the back (although it is 2.25 inch compared to the 2 inch screen of the GoPro), but it also has a colour front-facing screen, on the front of the camera, just to the left of the lens. As we said in our 5 star review, this is "ace for vloggers or any pursuit where you want the camera trained on you and need to see how you're framed".

If extreme sports are more your thing, the front camera is also a gamer-changer for filming activities where the camera needs to be trained on you, such as surfing or skateboarding. Another plus for adventurers is the RockSteady electronic image stabilisation, which gives gimbal-like smoothness to videos shot on the DJI Osmo Action.

The Osmo Action also outshines the GoPro when it comes to waterproofing: it's waterproof to 1 metres without a case, compared to the GoPro’s 10 metres.

Where the DJI Osmo Action does fall short is that there is no live streaming support, so if that's something you're looking for in an action camera, we suggest you consider the GoPro Hero 7 or 8.  You can find all the best GoPro deals for Black Friday here.

All in all, for a T3 platinum award-winning action camera that is less than six months old, this DJI Osmo Action Black Friday deal really is a steal.

If you need a little more information to make a call on this Black Friday deal, check out our DJI Osmo Action review, and our roundup of all the best cheap camera deals for Black Friday.