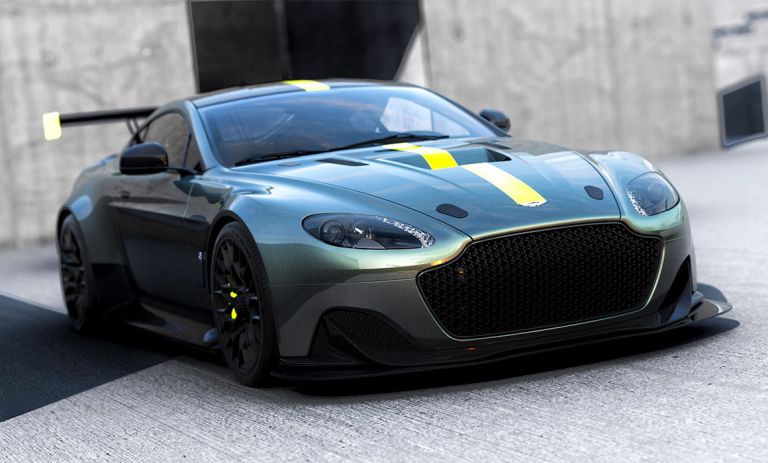 In the Hump Day edition of the T3 Agenda, we look at the most powerful car Aston Martin as ever made, a new range impressive gaming PCs from Dell and Alienware and more...

While the Vantage model probably doesn't have that many years in the main Aston Martin range, sub-brand AMR has still managed to make it beautiful, relevant and terrifying powerful. Say hello to the Aston Martin Vantage AMR...

Only 300 units will be made for the run, consisting of 200 V8s and 100 V12s. The former setup has 430bhp, the latter an impressive 595bhp (which is an increase of 30bhp on the standard V12 Vantage S) putting it pretty much level with the Vantage GT12 as the beefiest road-worthy Vantage yet. AMR has also confirmed each one will come with the option of a manual or paddleshift gearbox.

Both V8 and V12 Vantage AMR models are available in both Coupe and Roadster body styles, with recommended retail prices starting from £97,995 in the UK. Deliveries are scheduled to commence in Q4 2017.

Alienware and Dell has arrived at this year’s E3 with a triad of new PC gaming systems and components – high-end Alienware gaming desktops with new multi-core processor options, a full range of performance gaming monitors and peripherals with Alienware’s signature design and a new Dell Inspiron Gaming Desktop bringing VR to all.

Following the successful launch of the Inspiron Gaming Laptop, Dell has just introduced the first gaming desktop in its growing Inspiron Gaming range. The new Inspiron Gaming Desktop (pictured above) with Windows 10 is built for gamers seeking a competitive advantage at an affordable price.

Elsewhere, Dell has added some of the best processors on the market to its high-end Area-51 gaming PCs. Geared to be the best engines for 4K, 8K or VR applications, E3 visitors will be the first to experience the new rigs powered by Intel Core X-Series or AMD Ryzen Threadripper - marking Alienware’s first 16-core/32-thread Area-51.

The Area 51 Threadripper Edition will be available from early September in the UK, and the Area 51 featuring Intel Core X-Series will arrive on August 22. Prices for both have yet to be confirmed.

The newly released Nēo MiND (Moon intelligent Network Device) provides a clever link between your digital music libraries and your hi-fi system. Simply connect the Nēo MiND to your existing hi-fi system and stream. It's that simple.

Whether you're streaming from your phone, tablet, PC, NAS drive or more, the Nēo MiND eliminates sound quality comprimises by outputting a strong signal to push your hi-fi to its sonic potential.

Using Bluetooth aptX will keep a stable connection to your music collection, while support for SimLink allows for control of any SimLink equipped Moon system, enhancing ease of use, without having to use the supplied IR remote. The bespoke MiND app can also adjust the real volume control of a MOON system remotely.

You can order your very own Moon Nēo Series music streaming player for only £1,699.