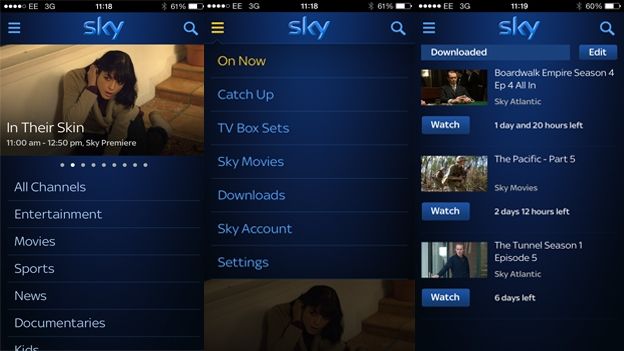 Sky Go for iPhone, iPad, Android and Xbox is clearly gunning for the likes of Netflix and LOVEFiLM with added channels and exclusive previews of shows

The service, which is available for iPhone, iPad, Android, PC/Mac and Xbox, has since expanded with the launch of Sky Go Extra which allows you to download programs to watch offline and increases the number of registered devices to four from two.

Sky Go reportedly had over 3 million requests at the beginning of October whilst 219,000 signed up to Sky Go Extra in the last quarter.

There has been increasing speculation over a Sky Go Xbox One app along with Sky Go compatibility for Sony PS4. Sky hasn't made any official confirmation but has said that it's looking to launch NOW TV on next-gen consoles around Summer 2014.