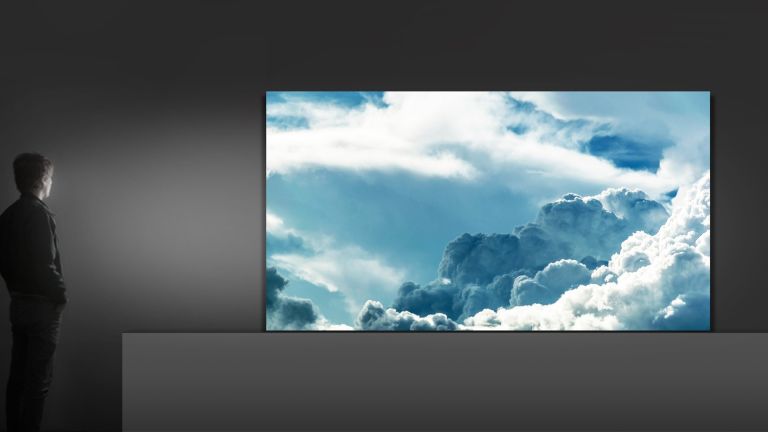 Samsung has opened the CES 2018 tech trade show with a popular attraction by claiming its new TV could be the future of the television. The Wall, as the 146-inch TV beast is called, uses a new type of tech called microLED that could take down OLED.

Until now most TV offerings other than OLED have struggled to offer the same deep blacks, high contrast and super colour at high speed. Samsung has been working hard to take on OLED and came up with the new microLED tech to do just that.

The Wall TV, which is clearly not going to sell mainstream at that 146-inch size, is showing what the future of televisions could offer. Much like OLED the microLED display allows individual pixels to be lit. That means super clear definition between colours, one of OLEDs big sells, but it also means true blacks, bright and accurate whites plus a huge range of colours. What it may also mean is a more affordable way of achieving that quality.

OLED is expensive to produce, even with recent advances lowering prices somewhat. This new LED tech could be the way to find that happy medium between low price and high quality picture.

Of course it’s still early days with unanswered questions like how fast can these microLED pixels light for a smooth image? Perhaps we’ll find out more this week as CES progresses. But either way it sounds like OLED supporting manufacturers like LG and Sony may need to start worrying.