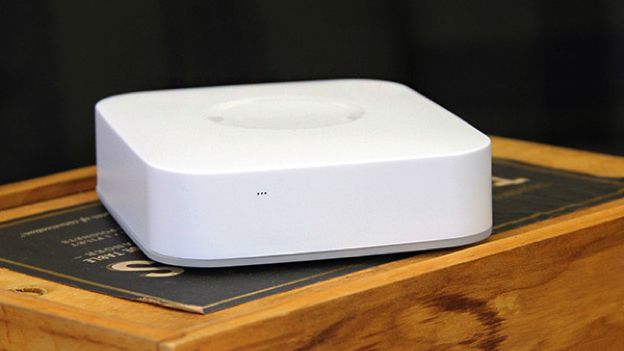 Samsung's attempt to infiltrate your home is kicking up another notch with a new SmartThings Hub set to go on sale next month.

The second version of its home automation station promises faster speeds than before and is less reliant on the cloud as a result thus meaning that processing data locally is possible to make it more reliable when your internet connection drops out.

Samsung's SmartThings Hub is born out of its desire to become a part of the Internet of Things space and it comes after the Korean firm splashed out some $200 million (£116 million) to purchase the Washington DC-based company of the same name.

The hub is the centre of Samsung's plans for the smart home and compatible with hundreds of different smart home products regardless of the wireless protocol they use. Samsung promises that the second edition of the SmartThings Hub can handle between two and 200 devices.

Samsung is by no means the only company exploring the connected home sector and it really is little wonder that the likes of Apple and others are also involved when you consider the estimated $71 billion (£45 billion) in revenues the market could garner by 2018.

You can already order from SmartThings or Amazon for the sum of $99 (£63) in advance of its release next month.