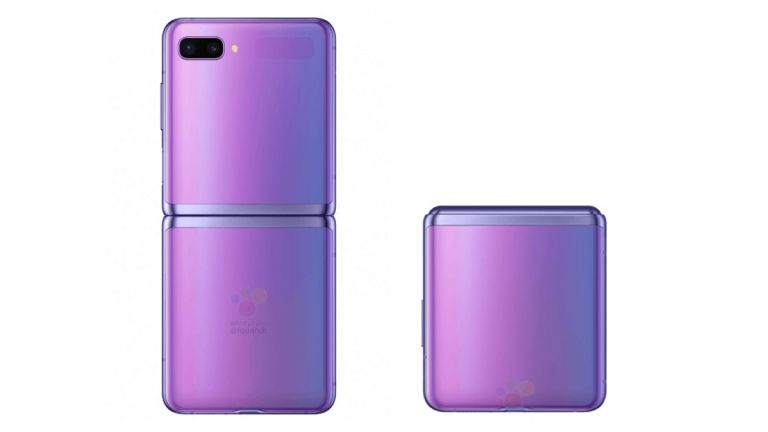 Samsung Galaxy Z Flip is coming soon. Despite no official word from Samsung, we've seen leaked images of prototypes, read about leaked specs, heard the latest rumours and even watched as Samsung teased us all with a folded square silhouette in one of its new adverts.

Heavily rumoured to be hitting Samsung Galaxy Unpacked on February 11, the folding phone has been pitched as a direct rival to that other clamshell foldable, the retro Motorola Razr. Now, a new leak from German news outlet WinFuture has allegedly revealed all the major specifications of the device, and it looks likely to blow Motorola's effort out of the water.

As previously rumoured, the phone is said to carry the current Qualcomm Snapdragon 855+, the powerful chip in current generation flagships. Compared to the Razr's mid-range Snapdragon 710 processor, it's looking like Samsung's foldable will be considerably more powerful. With 8GB of RAM and a reported 256GB of internal storage, there's plenty of memory in the phone, but it's said users won't be able to extend this further as the phone will not have an SD card reader.

The full-HD display is said to be an AMOLED 6.7" screen with Always On, Infinity-O technology, the same screen tech sported by the Samsung Galaxy S10 range. A large 22:9 screen, the folding mechanism allows for a larger display to be incorporated into the phone, making it perfect for watching movies or gaming.

The secondary screen, said to display the time, battery, notifications and other key details in "closed mode", is just 1.06" across, and made with toughened Gorilla Glass 6 to survive the bumps and bruises that come with being part of the external phone casing.

The phone's main camera is a dual-pixel 12MP camera with a 12Mp ultra-wide angle lens alongside it. The phone is said to be "influencer-ready" and designed particularly with Instagram in mind (right down to the square shape in closed mode). A 10MP selfie camera with voice control and auto focus adorns the face of the phone while in open "media mode". It's said to be capable of taking video in stunning 4K from either rear or front camera.

Said to come in black and purple colourways, the phone will sport a 3300mAh battery setup, a little smaller than the 4000+mAh currently used by Samsung's flagships. It's allegedly due to hit shelves on February 14, a few days after its unveiling at Samsung Galaxy Unpacked, for the price of "around" €1500.

Most of this corresponds with information we've heard before from various other sources, but it's good to get a corroboration of the info all in one place. WinFuture does not disclose its source for the leak, but the comprehensive bumper load of details also arrives with a bevy of new Samsung Galaxy Z Flip renders, some of the most realistic interpretations we've seen of the phone so far (see above). Matching the leaked prototype below very closely, we reckon these renders are likely to be very accurate.

We can't wait to see if the phone matches these specs when it's finally unveiled on February 11, alongside the long-rumoured Samsung Galaxy S20. If the phone is anything like these details suggest, it's sure to mark a new era for foldables.