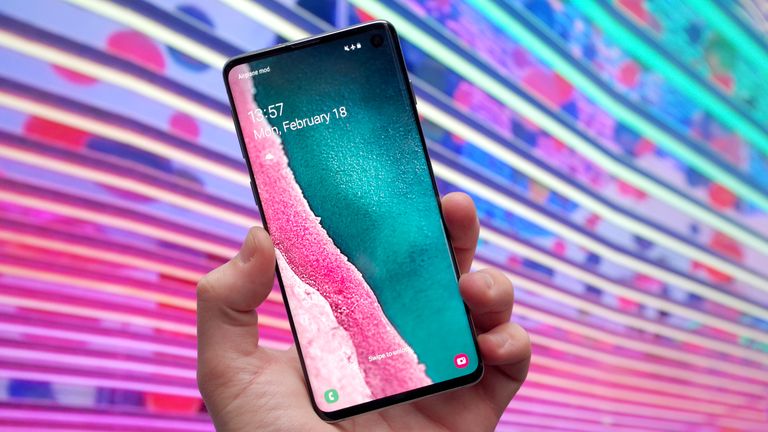 The Samsung Galaxy S10 is officially on sale at last, and the tech giant has a special deal for you: anyone who buys the new flagship S10 directly from Samsung within the first month of the smartphone’s official launch will get a free wireless charger.

However, if you buy your new Samsung Galaxy S10 or S10+ from Samsung Online before midnight on 31 March 2019 and have a valid handset to trade in, you could also save up to £300. (Or there's up to a £200 trade-in discount if you buy an S10e.) You'll find full details of the S10 trade-in discounts and which handsets are valid over on the Samsung site.

Samsung isn’t the only company trying to tempt you to buy the new S10 from them, of course. We’ve rounded up all the best Samsung Galaxy S10 deals elsewhere on the site, so head there to browse the rest of today’s best offers – or take a look at our pick of the top Samsung S10 deals below.

The Samsung S10 has a new design, improved camera, bigger battery, faster internals and in-display fingerprint scanner. This is easily the best smartphone that Samsung has ever built, with an amazing AMOLED Display that allows the display to run to the very edge of the handset, leaving almost no bezels whatsoever.

It’s easy to handle one-handed, and in the flesh feels slick and lightning-fast. The biggest change to the Galaxy S10, though, is the new triple-camera system, which includes a 12-megapixel camera with Optical Image Stabilisation (OIS) and a variable aperture that can switch between f/1.5 and f/2.4, plus a new 16-megapixel f/2.2 ultra-wide sensor and a 12-megapixel telephoto lens with f/2.4. This enables 0.5x wide-angle shots, the same as seen on the Huawei Mate 20 Pro, as well as 2x optical zoom.

There's no question that this is easily the best smartphone that Samsung has ever built. Is it the best Android smartphone too?