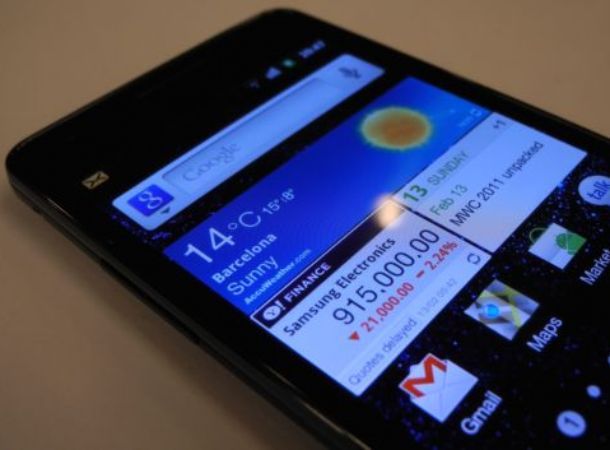 Having been officially unveiled at MWC 2011 last week Samsung's follow-up to its formidable Galaxy S handset, the Samsung Galaxy S II has been made available for pre-order ahead of a March release.

Available via online tech retailer Clove, the Android 2.3 touting Samsung Galaxy S II, also known as the i9100, can be pre-ordered now with wannabe owners needing to fork out £612 for the 16GB model or a whopping £708 for the 32GB edition.

Announcing the news via its official blog Clove declared: “As we all know, release dates are always subject to change but we've had word today that the first stock of the Samsung Galaxy S II i9100, both the 16GB & 32GB versions, will be landing mid to late March.”

Set to launch with a 1GHz dual-core processor and stunning 4.3-inch Super AMOLED Plus display, the Galaxy S II will come equipped with an 8-megapixel rear-mounted camera with Full HD 1080p video recording capabilities and a second 2-megapixel forward-facing snapper. At just 8.49mm thick the Galaxy S II boasts a stunningly sleek design and weighs in at just 116grammes.

Speaking exclusively with T3, an official Samsung spokesperson was unable to shed light on anyfinalised arrival time or pricing stating: "At this stage we can confirm that the Galaxy S II will be available in the second quarter during May. We are unable to comment on price as this is set by the operators."

Is a £600-plus price tag too high for the spec-impressive Galaxy S II? Let us know what you think via the T3 Twitter and Facebook feeds.