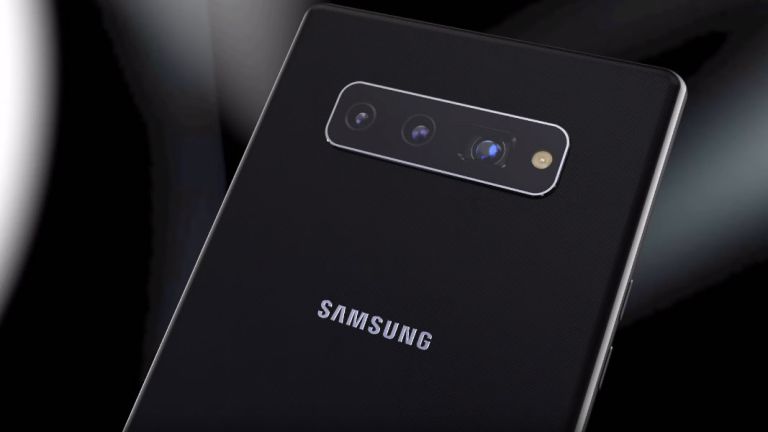 The Note series is a unique beast: as a premium “phablet” phone with the state-of-the-art S Pen, it’s trying to fill two different voids: one a high-end tablet, the other a great smartphone. Consequently, it’s not just facing competition from the likes of the Huawei P40, but also the iPad Pro and Microsoft’s Surface series of tablets.

Although we know a decent amount about the Samsung Galaxy Note 20 (for example, its rumoured size, impressive 5G-optimised SAMOLED display and it’s likely to come with a redesigned S Pen), we don’t yet know what the Note 20 is going to look like.

Fortunately, that hasn’t stopped render artist Concept Creator from taking everything we know so far and incorporating it into this stunning 3D design. Check out the newly-released render in full below:

The most striking thing about this design is the rear camera array. As Samsung moves away from the horizontal camera away that used to belong to the S series in favour of the rectangular module now used on the Samsung Galaxy S20, this design has been re-embraced for this Note 20 look.

Although we’re not sure whether the Note 20’s camera array is going to look quite like this, it’s bound to be reflective of its premium handset status. As such, it’s likely to stay in line at least with the S20, with state-of-the-art photography kit. The S20 Ultra has a gargantuan 108MP principle sensor and a 100x optical “space zoom” feature, which could make its way to the Note 20 or perhaps the Note 20 Plus.

Otherwise, we’ve heard the Note 20 is set to pack a SAMOLED display with 120Hz refresh rate and a large 6.7” display, while the Note 20 Plus is rumoured to carry a huge 7” screen. On either model, users can make good use of the S Pen to work across the extra-large screens with impunity.

It’s also rumoured to have a 3.5mm headphone jack after the Sony Xperia 1 II brought the practice back, which is essential for better-quality audio. The jack is represented here, as is the S Pen (which appears to have undergone slight tweaks).

Set to be released in July, we’ll have to wait a while before we know exactly what shape the phone is due to take. However, Concept Creator’s stellar design shows off a few of the routes Samsung is likely to take. We look forward to comparing this render with the finished product when the handset finally leaks.