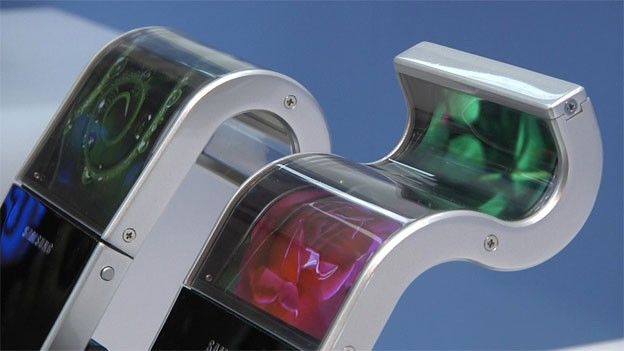 With the world waiting on the Samsung Galaxy S3 release, the Korean tech giant has announced it is to put its flexible OLED displays into production

Korean tech giant Samsung has revealed it is on target to meet plans to mass produce and launch devices featuring its repeatedly showcased flexible OLED displays with the first products to hit by the end of the year.

Speaking out on the company's high-profile plans to introduce handset's with the off-straight screens, Samsung's Assistant President of Mobile Displays is reported to have announced that “flexible displays will be commercialized within a year.”

Previously shown off at a selection of high profile tech shows, Samsung's flexible display's were expected to launch in a handset dubbed the Samsung Galaxy Skin before the highly convincing handset renders were announced to be nothing more than a Samsung endorsed student project.

Whilst it is not currently known to what degree the first flexible displays will make use of the bendable OLED offering, it is expected the curvature of the screen will be considerably more extreme than the soft kink in the base of the existing Samsung Galaxy Nexus' 'Contour Display'.

Would a flexible display touting handset take your interest or fall below your smartphone requirements? Let us know via the T3 Twitter and Facebook feeds.