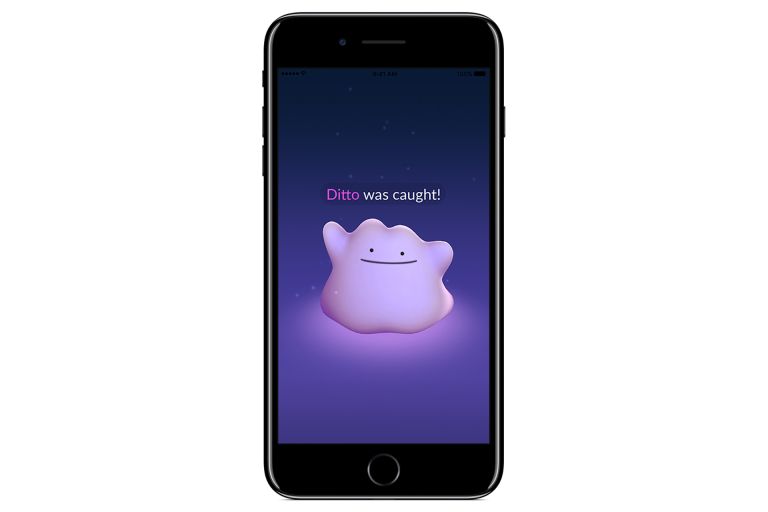 Ditto, the shape-shifting Pokémon, has arrived on Pokémon Go. This is good news for adding more excitement to the game which, after initial success, has been played less of late. Ditto changes form which should make battles far more entertaining in future.

The true form of Ditto won’t be revealed until you capture it. When in the gym it will take on the appearance, type and moves of the first Pokémon it sees and will stay that way through other battles.

The tough part will be capturing the wile Pokémon as you’ll need to simply catch one at random, it seems. You’ll need to fight and capture a Pokémon and, if it’s Ditto, you’ll see a transformation video as it is revealed after you’ve caught it.

The introduction of Ditto comes at a time when Pokémon Go is struggling. The mad rush of summer gamers who were hooked has dwindled in number not only out of boredom but also as the cold outside sets in for winter and people don’t want to be out Pokémon hunting. Perhaps Ditto can change that.